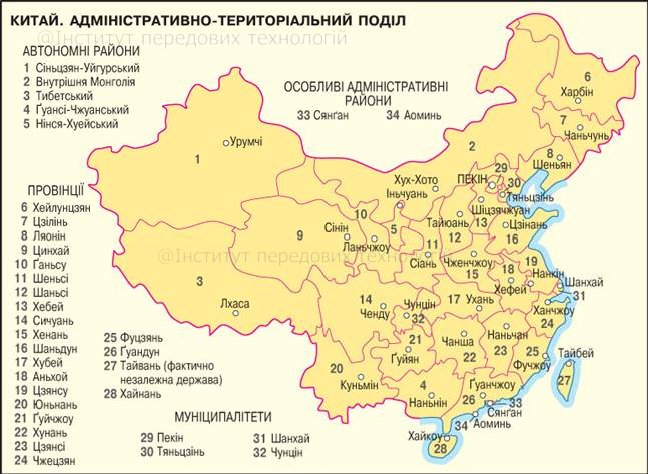 Relief country quite diverse. Western part is located within Central Asia. In the south-west - highest in the world Tibet Plateau (a combination of raised to 4000 - 4500 m high plains and ridges 5000 - 6000 m). Highlands obramlyayetsya high mountain systems: the south and west - the Himalaya and Karakoram,  in the north and east - Kunlun, Nanshan and Shito-Tybetski mountains. On north and northwest of the country are large desert Plain: Tarymska, Dzungaria, Alashan, Gobi, Takla Makan-. East part of China is located within East Asia, where the mountains do not exceed 3000 m. In the north-east - raising large and small and Khingan northern part of the Manchus-Koreyskyh mountains that separate the lowlands Santszyan and Sunlyao. South - heavily eroded Loess Plateau and the plateau Ordos, mountains Tsynlin, Sychuanskaya basin, Yunnan-Huychzhouske Highlands  Nanlin and mountains. Along the Yellow Sea and East China stretches Great China plain.

In the western part of China climate sharply continental, temperate highlands of Tibet - cold, in the eastern of China - monsoon, north of the mountains Tsynlin - moderate, between Tsynlin mountains and Nanlin - subtropical in the southern provinces of the country -  tropical. Rainfall ranges from 50 mm (Gobi Desert) to 2500 mm (east coast) a year, snow is everywhere, allowing year-round grazing. In autumn there are typhoons. In southern country's climatic conditions allow the cultivation of two crops a year. Western areas lie in the internal flow, in the east there extensive network of rivers: Yangtze, Yellow River, with tributaries Sytszyan with monsoon regime of the summer floods and used for irrigation and shipping.

Plains of eastern parts of China are mainly processed. Only 10% the country under cultivation, while China ranked fourth in world's arable land area, but per capita, this figure in the worst world - 0,07 hectares. The mountains are mixed and coniferous forests in temperate north, subtropical broad-leaved tropical and stacked - in the south.

strong> population - the main economic resource of the country. China -  bahatonaselena best country in the world, ranked first in number  Human Resources. The pace of population growth decreased in comparison with end 60 years of the twentieth century. when it was observed peak. Now figures  serednosvitovi below, this situation has been achieved through active demographic policies aimed at reducing fertility. Reduction population in the country include demographers since the 30's years of this century.

More than 80% of the population concentrated in eastern regions, here main production facilities are concentrated. For China has always been characterized by external migration, the number of Chinese diaspora ("huatsyao")  according to various estimates range from 30 to 50 million people.

The fate of the urban population is only 43%. The main religion of China - Confucianism also distributed as Taoism, Buddhism, Islam and Christianity. 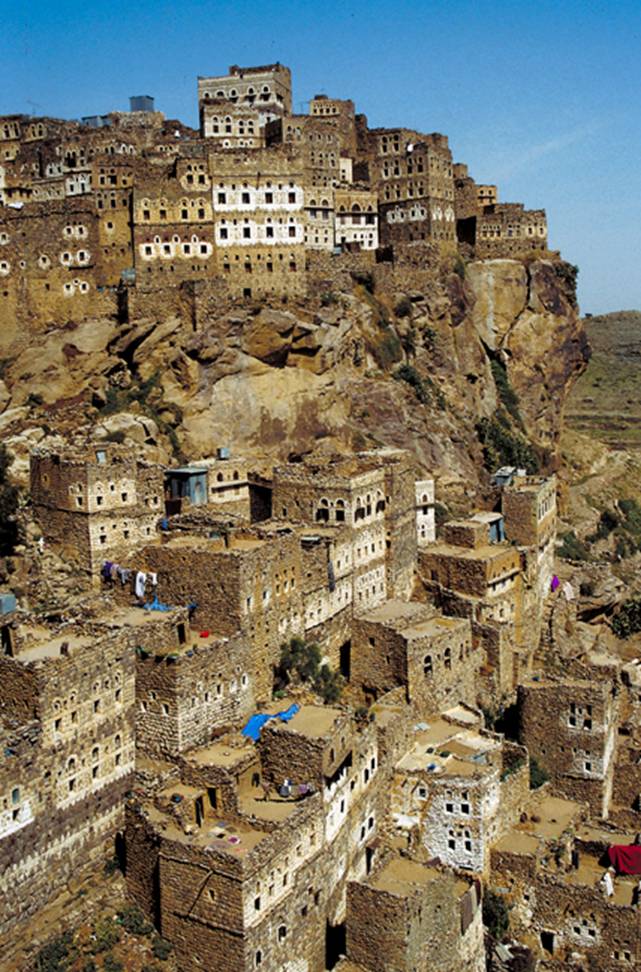 93% of the population - the Chinese (Han), inhabiting principally the eastern part of the country, while others - Chuang, Uighurs, Tibetans, Manchus, Mongols, Hui, Miao et al. (About 50 people belonging to different language families and groups). The official language of the country - Chinese (7 main dialect groups). Due to the policy of restricting fertility male dominated population. 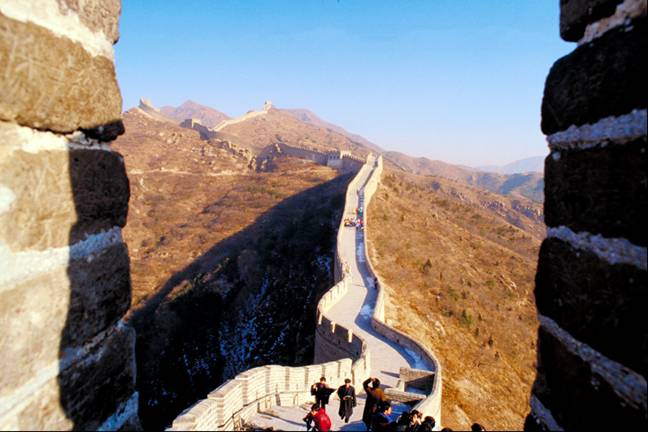 strong> Beijing, capital of China, a major transport hub with Shoudu international airport. Beijing - one of the ancient Chinese cities, the inner part of which includes a complex of the Imperial city, the core of which - the Forbidden City with Imperial Palace complex (and half of XV century. now Huhun Museum).

The city was founded by Emperor Yongle in 1404 as a large fortification. Among the monuments of the house-museum of Pu Yi - the last Emperor Qing Dynasty (1644-1911) and others.

Guangzhou, a port city (turnover of more than 15 million tons per year) in the delta of Delta, 110 km from the coast of South China Sea, the most important  economic center of Southern China, one of the largest transport units and industrial centers of the international airport.

Guangzhou has arisen about the III. BC In the Middle Ages - large port here began maritime Silk Road. Tourists attracted numerous architectural monuments, which are among the largest Christian church in China, many parks. 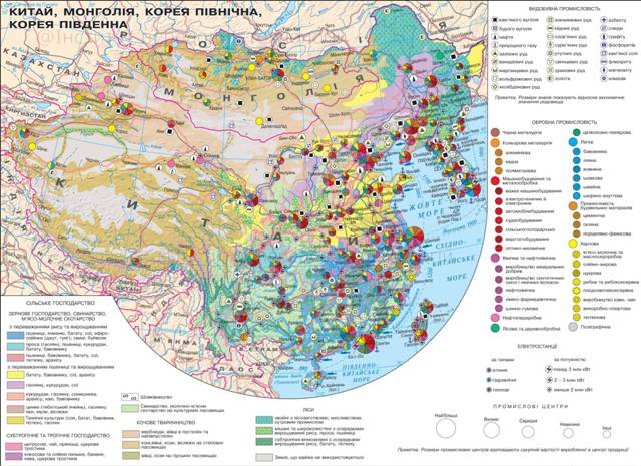 Economy. China is both the space and nuclear state. For the production of GDP China shares first or second place in the world (Including U.S.). Economy keeps its bahatoukladnist. Market economy in China is built under the leadership of the Communist Party (CCP) based on the five-year plans. Economic reforms began with the Agricultural sector, where farmers were given the opportunity to rent long term land and equipment. Given the high economic growth economy has an extensive character. GDP per capita in 2004 reached $ 1280. The fate of foreign investment in the country is very high, almost 80% of all foreign investors in ethnic Chinese ("huatsyao"), which living abroad. China undisputed second place after the U.S. volume of attracted foreign investments. One of the characteristics China's economic reforms is their evolutionary nature and lack of elements of "shock therapy".

With plans for the CPU to 2010 the country must catch up the U.S. total GDP, but a number of experts believe this figure is exaggerated, because at this time some estimates China's economy is 45% capacity of the U.S. economy.

To facilitate structural change China develops its own education system, facilitates the training of students in kordonom.yu especially in the U.S. and Japan encourage imports of technologies that develop progressive sectors (software, new materials, telecommunications industry, biotechnology, health Health). In the area Haydian (north of Beijing) was established Chinese Silicon Valley. Intensification of production and by bringing Results: The unemployment rate reaches 20%. The country has quietly encouraged emigration.

Indicators of the changes in the structure of GDP indicate that the value agriculture in the country is gradually reduced, industry and  service sector has been a growing pace.

The country's largest iron ore basin (Anshan) is located in the province Lyaolin. China - the largest exporter of tungsten ores.

By producing electricity, China is second only to USA. Great of the energy produced by TPP, 3 / 4 of which run on coal. Increasing importance in the energy balance of HPS. Planned introduction of  exploitation of the world's largest hydroelectric "Hechzhouba" power of 17,700 MW. Developing nuclear power.

The country ranks first in the world of cast iron and steel plants they tend to production areas of coking coal and iron (Anshan, Fushun, Baotou, Wuhan, Shenyang). Obsoletes equipment and manual labor leads to the fact that a significant proportion of steel has low quality because China imports of finished steel and steel. A giant plant that produces high-quality steel, built in Baoshan. The plant focuses on imported raw materials.

Center for non-ferrous metals are concentrated in the south and southeast of the country (in Yunnan Province - copper and tin, in the province  Hunan - tin, aluminum, lead, zinc).

Shenyang Heavy Machinery and Harbin is the older branches engineering, based on strong raw material base. As a result economic reforms conducted in the country, leading sectors gradually began to electronics, machinery and shipbuilding.

China takes first place and the production of mineral fertilizers (Chongqing,  Shanghai), but most of them have low quality, because agriculture  country depends on imported products. Chemical companies of the country tend to refining centers and major ports.

Most competitive products are shoes and clothes. Textile industry of China - the first in the world, because export production industry represented in most countries. Textile company specializing in the manufacture of clothing made of synthetic fabrics. Enterprises of this sector are scattered throughout the country, but most large located in Shanghai, Guangzhou and Harbin. Chinese export products sold in North America, Japan, Western  Europe has high quality standards. Production facilities are located in  coastal provinces, which are concentrated numerous branches of foreign  corporations. In northern and inland areas based multiple handicraft companies producing counterfeit products leading brands of the world of low quality and price assigned to the markets of Russia, the  CIS and Eastern Europe.

Light industry is focused on the country's cheap labor, is located in the major cities of Shanghai, Tianjin, Qingdao and Beijing. All City is the biggest center of silk industry.

In China, concentrated 40% of the world's pigs, bred great cattle (130 million heads), the top country for manufacture and export of natural silk.

In western countries raise sheep and goats. One fifth of the world fishing accounted for China (a third of it is river fish, in including carp breeding in rice checks). 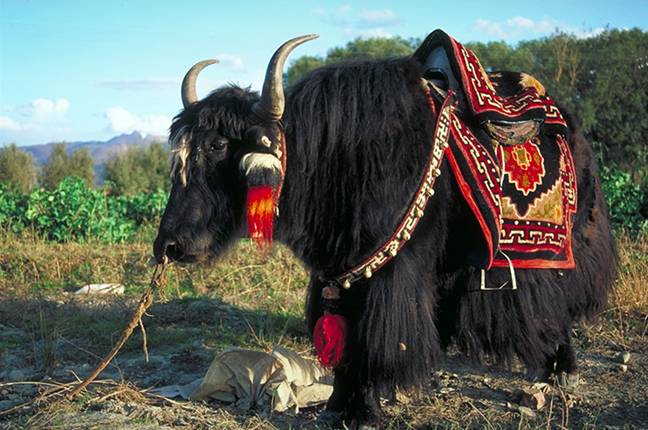 As in Tibet through endurance and nevybahlyvosti very popular

Since the mid-1980s has been made to ensure population food. Today, fruit, fish, seafood exports (The main food market - the CIS countries, especially the Far East Russian, Chinese food is provided at 44%). In addition, leading agricultural product exports are cotton.

Transportation. The country has developed all kinds of transport, but is dominant Railway (third place in the world for the length of the transport network). Densest transportation network developed on the Great Plain of China. Sea transport is most important in foreign trade operations. Main ports: Shanghai, Qinhuangdao, Dalian, Qingdao, Hong Kong, Tianjin, Huangpu. With turnover of river transport country second only to USA. Bourne Again begun to develop air transport. By  volume of air the country is ranked fifth in the world (the main Airports - Hong Kong and Beijing). Pipelines transporting gas, oil, refined products. Worst of all are provided with transport links central and mountain regions. Today there are about 253 million users of Internet. 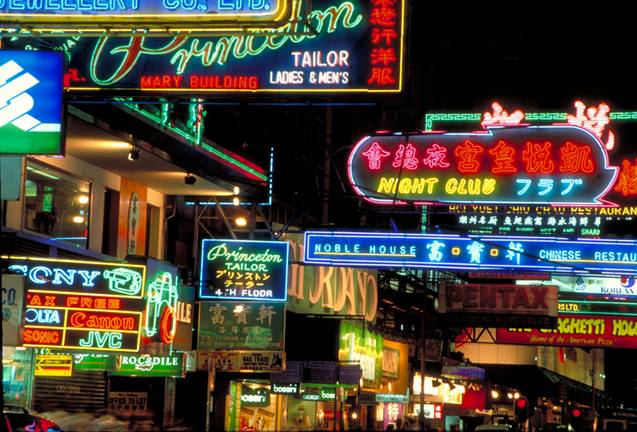 A characteristic feature of modern Chinese economy - its dependence on external market. With the growth of exports - imports China is one  of the leaders in international trade. For a country characterized by significant territorial differences. The greatest level of development differ coastal eastern province, creating a so-called "Outer China"