2.     What are the signs subekvatorialnoho climate.

Location and climatic conditions. African savannah - vast plain dominated by grasses, including which grow individually or in groups of trees and shrubs. They occupy 40% of the mainland and a wide belt bends around humid equatorial forests. Savannah lie subekvatorialnomu climatic zone of the Northern Hemisphere and subekvatorialnomu and tropical zones of the southern hemisphere. Therefore, they constantly hot climate, but variable-humid: humid clearly distinguished and dry seasons.

In contrast to the suffocating humid equatorial forest savannah impressive open space and fresh clear air. In humid withezon rain poured drought. Bogs overflowed with water, lowlands and converted to the lake. Earth is covered with luxurious greens and savannah into a sea of high succulent herb. In dry season sun ruthlessly burns grass and the trees shed leaves prudently. Then it becomes savannah yellow-brown. Depending on the length of the rainy season and rainfall differentiate between wet and dry savannas. 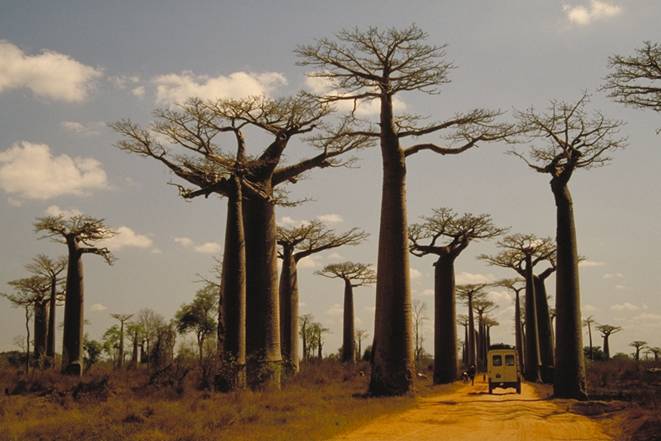 SOIL. The most commonly encountered in the savannas is red-brown. Their red color is determined by iron content. Soils formed in thick vegetation cover. However, the thickness of the fertile layer quickly washed away in the rainy season. These soils are quite fertile. They grow cassava (evergreen shrub, roots, tubers which are rich in starch, like our potatoes), corn, rice, millet, sorghum, peanuts, cotton.

Translation:.  Closer to the equatorial forests inBIOLOGY savannasWhere period rains continued to 9 months, and annual rainfall is 1 200 mm rule high variety of herbs. Especially highlighted high elephant grass, which is about 3 m. In dry savannas wet period is shortened to 5 months, and the annual rainfall of 500 mm. Herbs are sparse and stunted. Trees and Trees have adaptations to protect against drought. Some leaves are small and hard to evaporate less moisture in others - and thick m'yasyste to hoard water.

Among the herbs alone or groups of low growing trees. A typical tree savannah, you can tell them a business card is baobab. This endemic African best adapted to the conditions were there: its long roots penetrate deeply into the ground, and very m’a timber that Thick filled trunk, weeping, making its stock. Bark baobab - amazing vohnenepronykne adjustment against the fires that often occur in the dry season. In savanna also grow mimosa and a variety of palm tree - viyalna, Finikov, Doom palm.

Where the wet season reduced to 3 months, May’Bila cover becomes even more rarefied and undersized. They grow low acacia of zontykopodibnymy crowns and thorns. Along the river valleys near water bars grow thick forests, called the gallery.

What only titles and names should not baobab! It is called symbol of Africa, fantastic tree eighth wonder of the world. Baobab - fat-tree. Clutching at 25 meters up, its trunk can rozrozstatysya to 20 m in diameter and more! When a tree drops leaves, its bare branches remind zdiynyate up roots. Because of this he was called up tree roots. Baobab-survivor. The famous trees, which more than 5 thousand years. The word "baobab" with the local tribal language translates as "Monkey Tree - The fruit similar to large swollen cucumbers, willingly eat monkeys. A local public uses of the baobab is: instead of tea leaves scalded, beaten with make crust seasonings, fried fruit circles as our marrow, and their pulp is used for lemonade (hence another name - Lemonade tree). Not missing the gift and thick strong shell fruits: they do different vessels and musical instruments. With the bast fiber weave strong rope weave canvas. Baobab and revered as a medicinal plant: the leaves have medicinal properties, fruits, bark, seeds and even roots. Not surprisingly, since the ancient times the tree was considered sacred.

ANIMAL WORLD. Savannah, covered with grass, fodder is an excellent base for large number of herbivorous ungulates. Most of them antelopes: from dwarf to large vocation and wildebeest. Next to them, and gazelles graze African wild horses - striped zebra. Dark and light stripes on their body help camouflage, blurring outlines of animals among the tall grass. Long-necked giraffe devour the leaves of acacias. Giraffe - the highest animal on Earth. His stature reaches 5 m. And despite its height, the giraffe can run at speeds of 55 km / h, which is the only way to salvation from enemies. Nature awarded this animal, even the most subtle sense of smell and hearing and sharp eyesight to survive in dangerous world savannas. 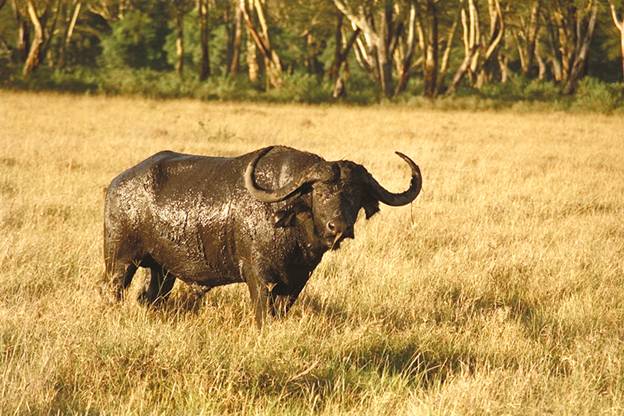 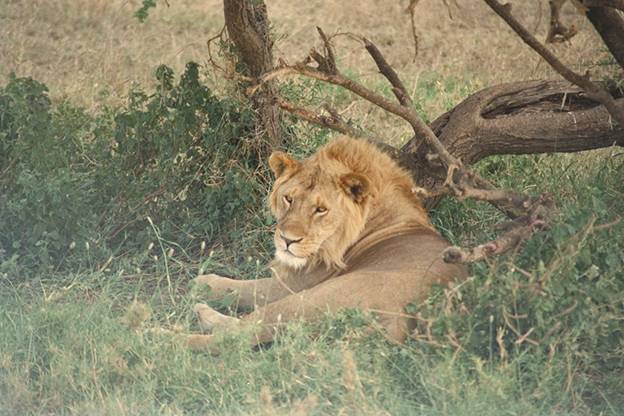 Fig. The king of beasts resting 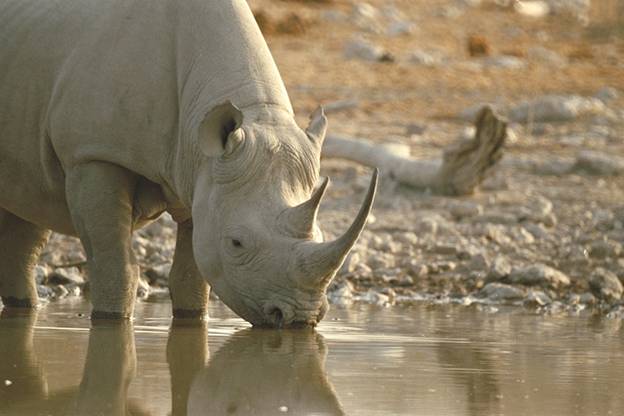 Rhinos are on the brink of extinction through poaching hunting for them. Near the rivers and lakes are found toehemoty - endemic in Africa. On land they seem awkward, but float freely in water and easily walk on the bottom of reservoirs. In large animals such as hippo, has no natural enemies: none of the predators can not compare him with force. They live in savanna and wild pigs-warthog and endemic monkey sobakoholovi - baboon and mandrill. 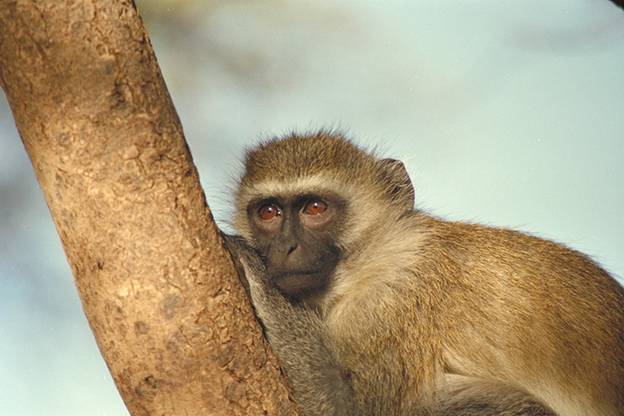 Fig. Monkey in a tree

In many herbivorous animals hunted by predators that wander in their droves - lion, leopard, cheetah, hyena, jackal. Lions call king of beasts for his strength, ability successfully hunt and luxurious mane. Cheetah - Fast as lightning. This is the fastest animal on earth. Following a sacrifice, it can speed up to 110 km / hr. Interestingly, that cheetahs are not as fierce as lions or leopards, and easily pryruchayutsya. 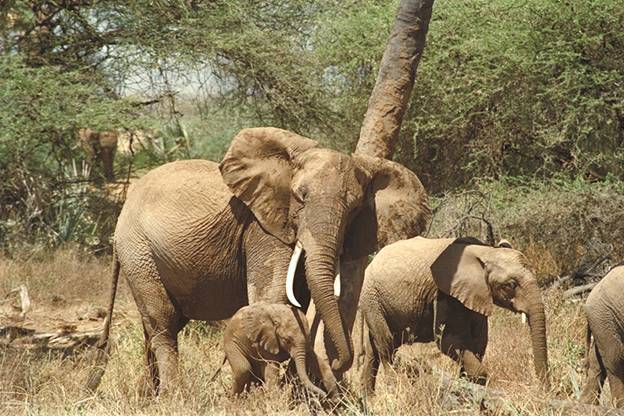 Very numerous in savanna birds. Among them is the largest bird on Earth - African ostrich, and the smallest - a tiny bright nektarnytsya that long thin beak gets nectar from flowers. There clamps, Tkachyk, white herons. Marabou - African stork and pSecretary-tah meet only in Africa. 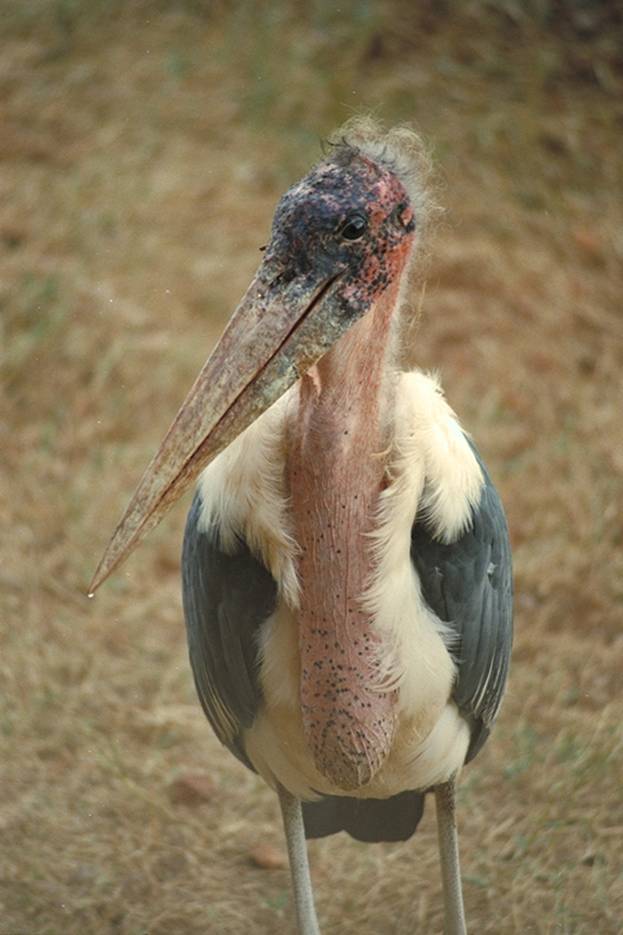 In rivers and lakes are home to crocodiles. There are lizards, snakes, tortoises, chameleons. Many different insects. Especially interesting termites - cleaners savannah: they eat dead plants. They are being built in  the form of pillars and towers strong termite mounds height to 5 m gonna billions flights, withAran completely exterminates planting a crop. 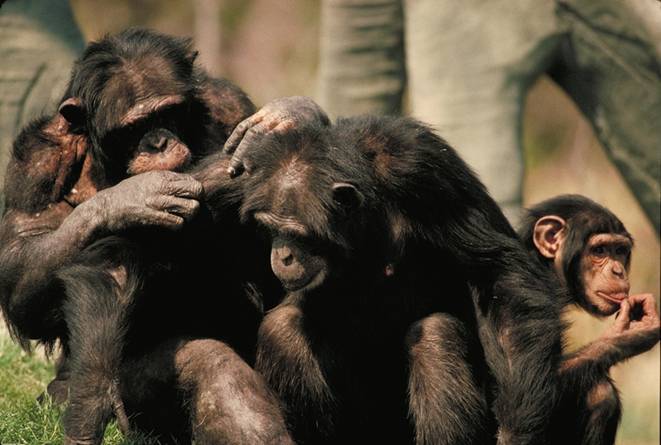 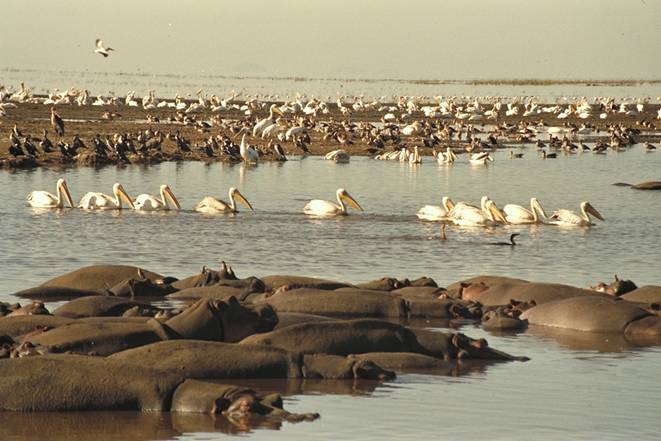 Interestingly, buffalo, elephant, rhino, lion and leopard called the African five. Indeed, the buffalo - a worst temper, elephant and rhino - the largest "freight car" land, and lion and leopard - outstanding hunters at a time to eat 18 kg of meat. These animals were characters in many African countries. For example, they are shown on the rand - paper money of South Africa.

Animals on the map Africa

Interestingly, in Africa many objects are "animal" as: there flowing river crocodile (Krokodylryfyr), ivory (Ulifantsryfyr) Leopard (World Wide Web-Shebeli). Shrimp - the translation from the Portuguese name River and the country of Cameroon. Lion Mountain (Sierra Leone), located on the west mainland coast, and Whale Bay (Uolfysh Bay) - the south-west. Near the north-western coast are hawkish Islands (Azores).

2. Describe the climate of savannas.

3. How climate influences the nature soils and vegetation of the savannah?

4. Why trees in savannas deciduous?

5. What factors caused many herbivores?

6. What predators live in savannas?