1.     Remember that there are types of power of rivers.

2.     What distinguished the glaciers?

Eurasia rich in inland waters. But because of significant differences in climate and terrain some areas they are located very unevenly.

River. No continent of the Earth can compare with Eurasia the number of major rivers. Their water they carry to all four oceans planet.

Major rivers Basin Atlantic is the Danube, Rhine, Elbe, Dnieper. Rhine originates in the Alps and catches in the North Sea. In the upper it has a deep narrow valley and fast, turbulent flow. And with the release of the valley becomes tranquil plain character. It feeds mostly rain water. Flowing throughout the year. Rhine - important waterway of Western Europe. Such a dirty river, known "Stank of Europe".

Danube - The second longest river in Europe after the Volga. It begins in the mountains of Central Europe and empties into the Black Sea creating large delta. The river has mixed glacial-snow-rain power. It shipping all along and has a great importance as a transport international waterway. Unfortunately, the Danube, as well as other rivers of Europe, very dirty. Our Dnipro - flowing river that flows of the East and into the Black sea. It forms an extensive delta with numerous sleeves and ducts. His Power mixed: snow, rain and groundwater. Flooding occurs in spring, when melting snows and summer and winter water level is low.

Rivers Basin Arctic Ocean covered with ice for long time. The main sources of supply are snows and rains. In the spring, when snow melt, the water level rises to 10-15 m out from the river banks. The reason for this rise is a different time skresannya ice. Pulley water coming streambed from the south, met ice jams in the mouth, which lies considerably north. It also causes excessive rise of water level. Longest river of the basin is Lena (4 400 km), the largest for the basin area - ОбAnd naypovnovodnishoyu - Yenisei. In Yeniseyi powerful hydroelectric power stations built.

Major rivers Basin Pacific is the Amur River, Yellow River, Yangtze and Mekong. They feed on monsoon rains mainly because most flowing in summer, and mean water comes winter. Sometimes summer floods turn into a disaster. Thus, flood on Yellow there three times a year: spring when snow melts in the mountains during the summer monsoon rains during the autumn and during during typhoons. Therefore the Chinese for centuries built on it dike. But often the river breaks through them and flood large areas, destroying fertile land, destroying cities and villages. Yangtze - naypovnovodnisha longest river and Eurasia (6300 km). The upper and middle stream it has a mountainous character. In the lower reaches of the sea daily tides cause raising the water level in it at 4.5 m. Mekongin the downstream splits into many branches and forms a large swampy delta. Due to soil fertility, it is occupied by rice fields.

Rivers Basin Indian Ocean powered both by monsoon rains and melting snow and glaciers in the mountains. The sacred river Hindus - Ganga, starting two origins in the Himalayas, the Indo-flowing Hanhskoyu lowland plains and has the character flow. Together with its largest tributary Brahmaputraat the confluence of Bay of Bengal, it forms the world's largest delta. River Indus begins in Tibet. In it crosses the upper reaches Himalayan ranges and flows into the gorge, forming rapids and waterfalls. In the middle and lower reaches of the Indus is flowing river, which has important for irrigation and navigation. Flowing river Euphrates and Tiger for 195 km from the mouth merge, forming a river of Shatt al-Arab (Arab River). Tigris and Euphrates take out a huge number of destroyed rocks, so they put forward in the delta Bay 4 km every 100 years. According to historians, in the I century. both rivers independently went into the Persian Gulf.

In Eurasia, formed large internal pool drain. It is the longest river in Europe - Volga (3531 km). It begins as the Dnieper, at Valdai Hills and flows into the Caspian Sea. In winter the river is covered stable ice. It feeds mainly talymy snow waters, so has the spring flood. Volga Shipping, it was built many reservoirs and power stations. 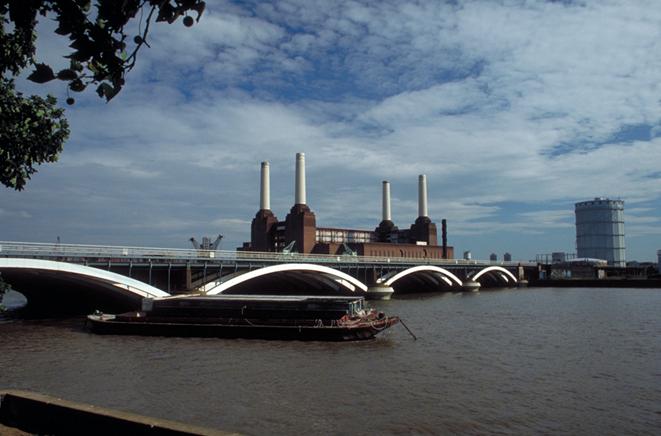 Fig. The bridge over the Thames

The Danube flows through the territory of nine countries in Europe, four of them on its banks have built their capital - Vienna, Budapest, Bratislava, Belgrade.

In Asia there are several "color" of rivers. Yes Cupidtranslated from the Mongolian means black river, Yangtze translated from Chinese - Blue, Yellow –yellow. Yellow River erodes the loess loam, which provide water yellowish color. Hence Not only does the name of the river, but the Yellow Sea, in which it flows.

LAKE. Lake located on the mainland unevenly. Many lakes were formed in northern Europe, where many valleys crust were profound ancient glaciers. These tectonically-glacial lakes have complex shapes and considerable depth, they are fresh and waste water. It appeared the largest lake in Europe - Ladoga. In the valleys of Central Europe mizhhirnyh glaciers down from the mountains formed a rather large and deep glacial lakes. For example, Lake Geneva.

Most major lakes in Asia, not concentrated in wet and in arid regions. This is because modern lakes have inherited their hollow of old, much larger water bodies that existed at once more humid climates. These lakes are residual Caspian and Aral, are significant for their size are called seas. Caspian sea - Most closed salt lake on Earth. During storms it rise wave height of 17 m. ГLibin lakes, the sea was amazing - sometimes  over 1 000 m. A small water salinity - 12 ‰, which is explained by falling in the large and flowing rivers.

Great Lake Balkhashinteresting that in the western part is fresh water, and in the east - salt. The reason is that the western part of the lake waters oprisnyuyetsya numerous rivers that flow there.

Baikal - The deepest lake of the world (1 620 meters). Its basin is of tectonic origin: Lake is a deep graben - Narrow cavity crust with steep slopes. Baikal is unique not only depth. He has the purest fresh water on the planet, which dissolved very little minerals. Another interesting fact that hundreds of rivers flow into the lake, and flows only one - the Angara. Lake Dead sea similarly situated in the tectonic depression. Although his sizes are small, but significant depth. Lake basin, which lies at 395 m below the level of the oceans, is the lowest place of the earthly land. Dead Sea – naysolonishe lake of the world, the salinity of which reaches 400 ‰.  Water salinity is so large that if it dried on the bottom layer of salt would have stayed thickness of 21 m. In this lake was called - Silnychka world. " Great salinity eliminates the possibility of living creatures, so it is called "dead". 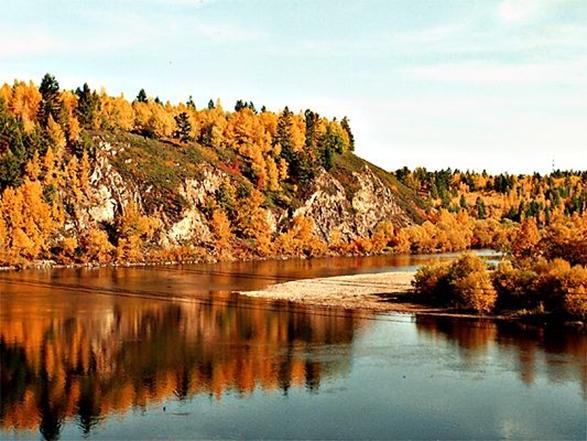 Groundwater. Eurasia rich in groundwater. On the plains they are deposited in the sedimentary thickness is powerful and have good taste. Groundwater is widely used in densely populated areas, where rivers and lakes polluted by industrial and domestic sewage. In the desert Groundwater is often the only source of water supply.

Glacier And Permafrost. The area mountain Glaciers Eurasia ranked first in the world. They cover the high peaks of the Alps, the Caucasus, Tien Shan, Himalayas. Length of them reaches several dozen kilometers. In return ice cover is only Arctic islands.

Permafrost common in northern Eurasia, in Siberia. Thickness of the chilled rocks reaching into the depths of a few hundred yards. The reason this phenomenon is cold, dry winter. In summer the top layer only roztaye depth of 40-150 cm As a result, many small lakes formed in shallow decline surface. Layers of permafrost, which is waterproof, excessive moisture and low-lying terrain causes significant spread in South Asia swamps. Yes in lisotundri tundra and they occupy 2 / 3 area. Permafrost complicates construction, development of agriculture.

2. What is the characteristic of river that empty into the Pacific Ocean?

3. What are the features River Basin of the Arctic Ocean?

4. What is the origin have Lake-Sea?

6. What causes the formation permafrost in Eurasia?