1.     Remember that state and state formations existed in Ukraine during the different periods of its history.

2.     What administrative and territorial units divided territory of contemporary Ukraine?

Historical-geographical REVIEW. You already know that the formation Ukrainian independence began more than a millennium ago, when IX - X Art. formed around Kyiv Rus. In this form of government was absolute monarchy (Principality). It consisted of large land-duchies (Kiyivskoyi, Chernihiv, Pereiaslav, Volyn, Galician), which are departments ofed on parishThat most were smaller principalities. A similar division existed and in Galicia-Volhynia State - Principality, in the middle of the XIII century. granted the status of the kingdom. This division of the ancient helped make the state power to their territorial units, and allowed to organize local administration. These were the beginnings of the administrative-territorial structure of Ukrainian lands. 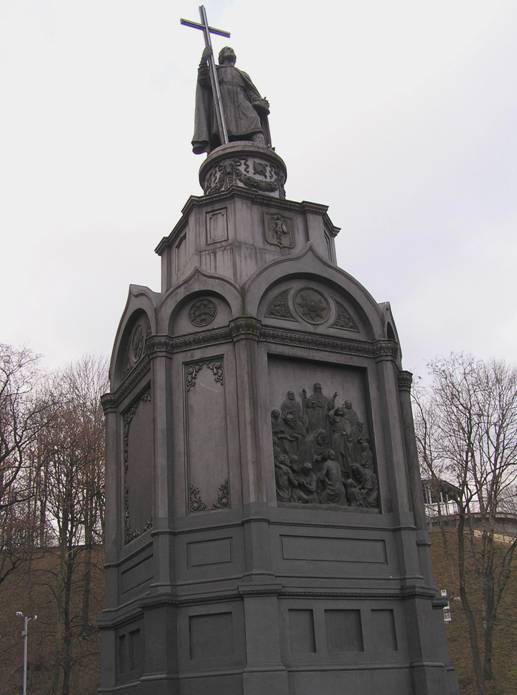 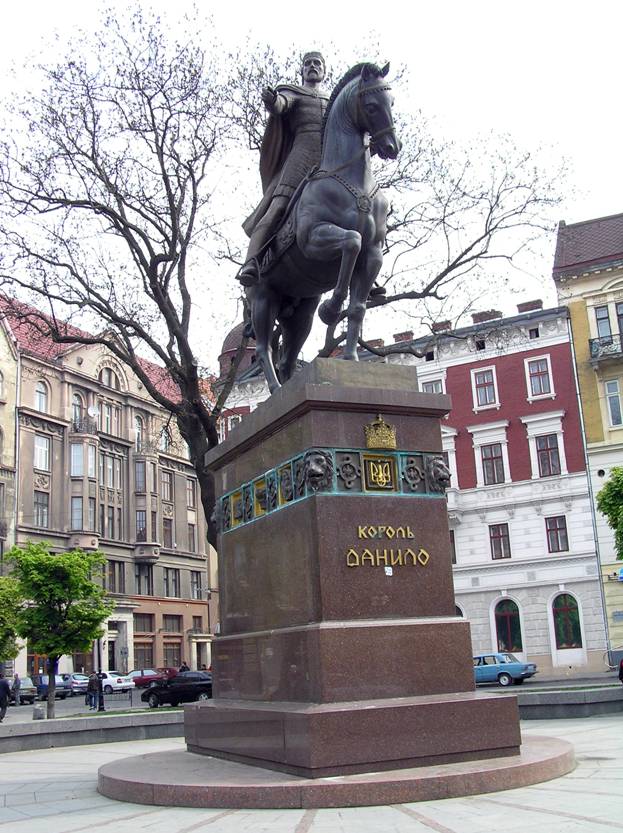 More proof system of administrative-territorial units formed in XV – XVI Art. when the land was part of Ukraine Polish-Lithuanian State. The largest territorial division units were Province, are divided into land and counties. 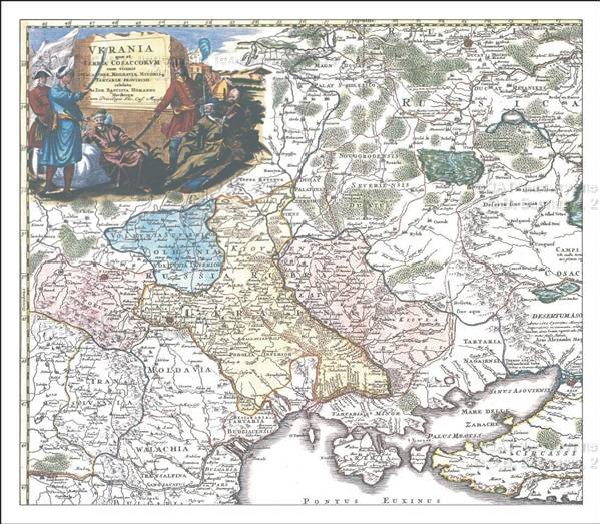 Since the end of XVIII. territory Ukraine joined the Russian and Austrian empires, and so spread their administrative systems. In Russia Ukrainian lands were part of Provinces(Kiev, Chernigov, Poltava, Kharkiv, Katerynoslav, Podolia, Volhynia, et al.), And Austria-Hungary - To Provinces(Galicia and Bukovina, they are called "crown edges). Smaller units administrative-territorial division in these countries were under district ofand counties.

During the Ukrainian People's Republic (1918), its territory planned to divide the land for 30, and their - on QuantityLost, but this project was not implemented. Between the two world wars on Western lands, which got the power Poland was restored by division province and districts.

In the Soviet Ukraine was, as you know, the Socialist Republic of formal attributes of statehood. Its administrative-territorial division of the neodymiumnorazovo changed, until in 1932 has not commenced its modern form - division into administrative region and areas. The first area, formed in Ukraine, were Kiev, Vinnitsa, Chernihiv, Kharkiv, Donetsk, Dnepropetrovskand Odessa. Later on their territories vyokremylysya other areas in the center of eastern and southern Ukraine. The new area also appeared to attached to the USSR Western lands. In particular, the territory that broke in 1939 from Poland, was created six oblastschildren (later merged with Drohobych region Lvov), on land annexed in 1940 from Romania - 2 field (Chernivtsi and Izmail, final later merged with the Odessa), and Transcarpathia, which in 1945 rewent from Czechoslovakia- region of the same name. In 1954 Ukraine was officially transferred from the Russian Federation of the Crimean region, and in 1991 Crimea became autonomous republic.

Youngest formation in time in our country is Cherkasy region, which emerged in 1954 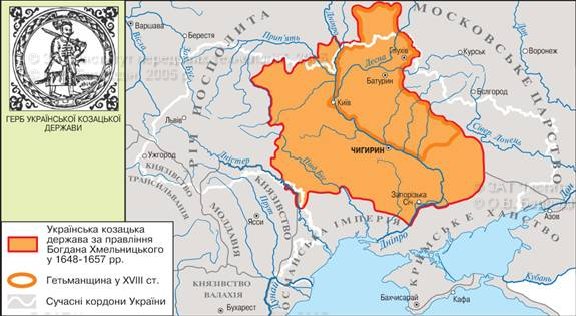 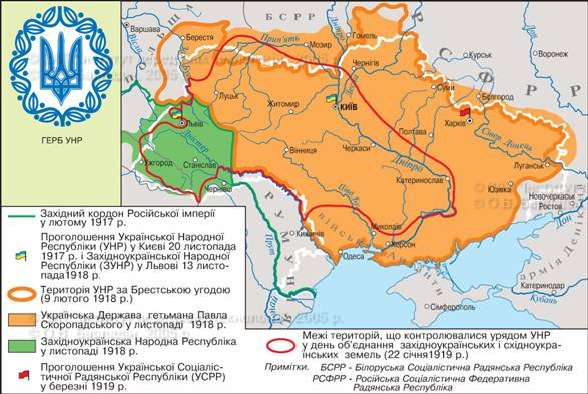 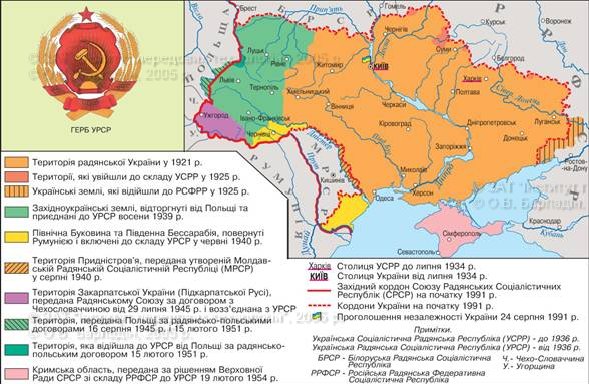 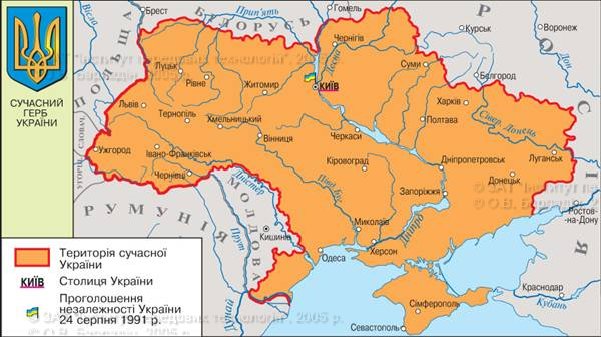 First of all territory of Ukraine is divided into 24 administrative region and offline Republic (AR), which is Crimea. These major administrative and territorialsheet, equal in the two cities of national importance – Kyiv (As capital) and Sevastopol (As location Naval fleets of Russia and Ukraine)Which have separate articlesс.

Units average level in the administrative-territorial inUkraine is actually areasand City regional (and in Crimea - respublikansity) values. Over 97% of Ukraine belongs to so-called "rural areas", each which, except for one to five small towns, located some dozens of villages. In addition, largest city countries (mostly with populations over 250 thousand people) have their internal "City"areas (Kyiv, Sevastopol, SimferopolMost regional centers, etc.)..

The smallest number of rural areas (11) in the Chernivtsi region; most (27) - in Kharkiv and Khmelnytsky oblasts (see Annex).

Cities of oblast (Republican) values are centers of regions, capital of Crimea, cities with populations over 30 thousand, a number of cities with smaller populations that are important industrial, recreational or transportation centers (such as Energy City Ladyzhyn, Slavutich, resorts Pike, Truskavets, cultural and educational center of jail, international railway junction Chop). In these cities have in general the main percentage of the population of Ukraine.

The lowest level of administrativeterritorial organization of the country create territory, subject to city, town and village councils. In urban and councils mostly composed of one urban district of the village or urban, sometimes - as one or more villages. However, rural settlements are mainly in village councils, which are the most among all administrative units. Urban (City and village urban) And rural settlements (village The so-called village) is a primary component of administrative and territorial division within which population creates community.

Today, scientists and politicians are actively working to improve administrative-territorial structure of Ukraine, which is an urgent need to present stage of development. There is the need to approaching European models for the formation of primary local communities, increase their powers in local government. We also discuss to cut the number of administrative units of different levels mostly through their association or holding new boundaries.

At the government level has been drafted whereby the number of largest units of administrative and territorial division increased to 33 by providing the status of "city-region" not only Kyiv and Sevastopol, and for other large cities - Kharkiv, Dnipropetrovsk, Donetsk, Odesa, Zaporizhia and Lviv. Instead, units of the middle and lower-level division would greatly ukrupnytysya. So far, that this project is not adopted by the Verkhovna Rada of Ukraine. 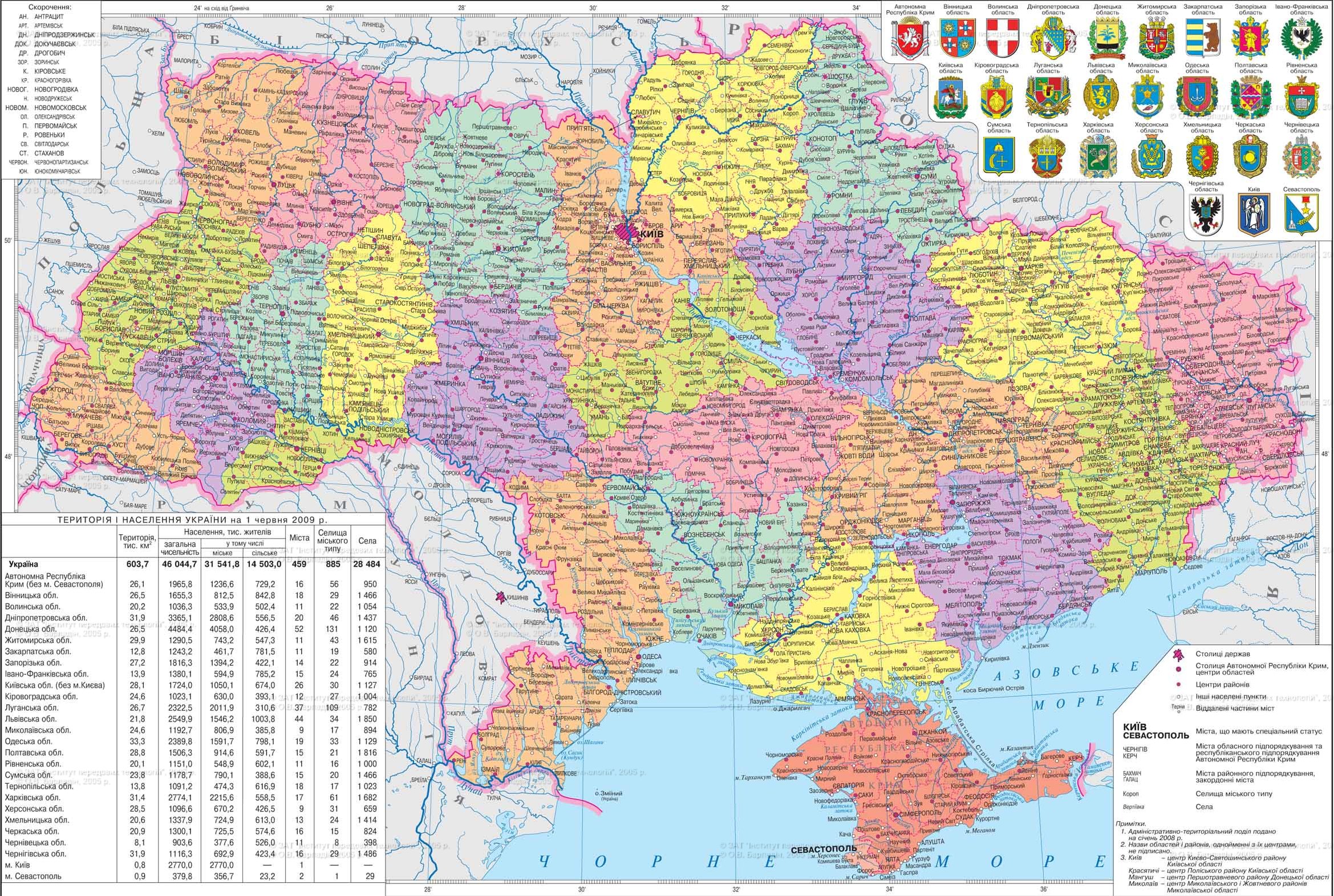 1.     What areas of Ukraine can be described as central?

3.     The area where the state border areas Ukraine?

Political structure. Political structure of the country determines how the organization of political power in its territory. Its components is a form of administrative-territorial structure and governance. By form Ukraine is a board republic (In translated from Latin means “popular right”). State power in the country is on principles of separation of legislative, executive and judicial. The highest їх conWe are accordingly Parliament Council (Parliament) Cabinet Ministers (Government) і Supreme Court, elected or formed in accordance with the law. Head of State is President, Elected publiczens of Ukraine on the basis of universal, equal and direct electoral rights by secret ballot for 5 years. By same principle every 4 years elected MPs and local councils levels - from regional (republican) to Agriculture, which is local government in the territory. Already, they form the executive authorities and self - government, regional and district administrations, executive Committees city, town and village councils.

Under the form of administrative-territorial structure of Ukraine - unitary state (“unitary” translated from French - “’only”). This means that governance is one center (the capital), it works the same for all territory of the Constitution, there is a single system highest authorities single legal framework. Subdivisions countries contributeyaye of local government and implementation of local selfgovernance. However, in framework set forth by the Constitution of Ukraine and relevant laws, a independence in matters of socialsocio-economic and cultural development and Environment has only ARC. It adopted its own The Constitution, acting their authorities - Parliament and the Council of Ministers of Crimea. But legal acts and decisions taken by them, not mozhut contradict the Constitution and laws Ukraine.

Administrative division - a division of the country the system units of different levels, according to which formed local authorities and government.

1. Follow, as changing the state of the system that existed in the territory of Ukraine, year history of its development.

2. In that period History of administrative divisions in the Ukrainian lands had actually Ukrainian nature, and which was introduced in other states?

3. What are the main units in the administrative-territorial division of Ukraine for their levels.

4. What is The problem of administrative and territorial structure of Ukraine?

5. Compare geographical area in which you live, and the capital (Kiev) region.

Knowing the area territory and population of Ukraine (see §2), calculate the average size of administrative-territorial units of the highest in the state (taking the number 25 (Autonomous Region)). According to the application, group of administrative-territorial units of Ukraine area and population, highlighting regions with indices: a) higher than medium in Ukraine, and b) close to the average in Ukraine in) lower on average in Ukraine. Which categories in this grouping falls region where do you live?

1.     On the outline map mark the boundaries of administrative regions of Ukraine and Crimea.