before World War Ukrainian lands were still of two empires - the Russian and Austro-Hungarian. They differed in terms of economic and social development, education and culture, administrative parade. Both Empire conducted a policy aimed at mitigating the population of national identity and colonial exploitation of these lands. The largest national oppression in respect undergone Ukrainian population by the Russian Empire. National policy of the Austrian government, though was more lenient than, led to inciting the Ukrainian-Polish conflict in Galicia.

Western Ukraine (modern Lviv, Ivano-Frankivsk, Transcarpathian and most of Ternopil and Chernivtsi regions) was part of Austria-Hungary. Administratively they belong to the Crown lands Galicia (Eastern Galicia) and Bukovina (Northern Bukovina) and the Hungarian Crown (Transcarpathia).

total area of the Ukrainian lands was over 700 thousand miles

population of Ukraine exceeded 48 million people. 2 / 3 of them (33 million) accounted for the Ukrainian and the rest - for minorities: Russians (10%), Jews (more than 4%), Poles, Hungarians, Bulgarians and others.

In rural areas inhabited by about 80% of the population of Ukraine. For nationally village was predominantly Ukrainian, tilling, the city - a multinational, mostly Russian and Jewish, and the Western states - Jewish and Polish. Constituted only a third of Ukrainian citizens. Between city and village existed deep linguistic differences. In the village speak the Ukrainian language in the city - mostly Russian and the West - Polish, German and Hungarian.

the economically more developed land were Ukrainian Russian empire, especially South and East of Ukraine. Donbass coal and steel became the basis of the empire. At that time, coal mining and metal smelting were the main indicators of the power of the country. In addition, the Ukrainian lands were the breadbasket of Europe.

on Ukrainian lands in the Austro-Hungarian Empire was almost no industry. Acquired only lisoobrobna development, the oil and food industry. The peasantry suffered from the shortage of arable land and a significant proportion of the population was forced to emigrate or go to work for the ocean.

First World War, which stood on the threshold of peace, was the rapacious nature of the two warring blocs. The object of their expansion were Ukrainian lands. They claimed Russia, Austria-Hungary, Germany and Romania, the Ottoman Empire also hoped to return to their former possession of the northern.

Russia, which in the international arena declared himself protector of the Slavic peoples, sought to fulfill the dream of all the Russian Tsars - to unite all the lands of the former Kievan Rus under its auspices. During the war she tried to seize Galicia, Bukovina, Transcarpathia in order to suppress the nest "Mazepa", which spread its influence in the Dnieper Ukraine. Therefore, the Russian General Staff of the Russian army offensive edge directed to Galicia.

In Germany extensive plans for Ukraine as developed by the military, and the part of industrialists and politicians. Especially attractive to Germany Ukraine, with its raw materials and food supplies was the final stage of the war, when their resources were depleted.

Subdivisions UKRAINIAN LAND BEFORE THE FIRST WORLD WAR. TERRITORIAL breaches of warring factions before the war and UKRAINE

Peasants. The beginning of the twentieth century. 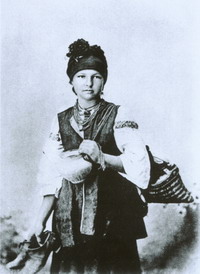 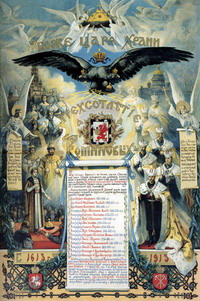 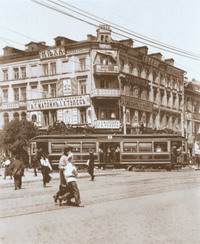 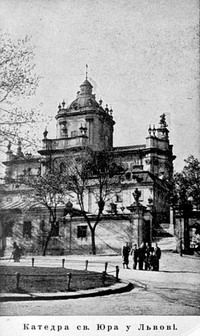 Church of St. George in Lviv 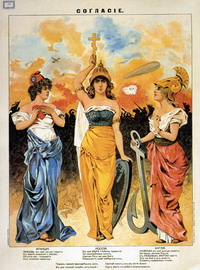 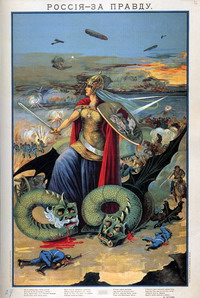 Kyiv on the eve of World War I