war turned tragedy for the Ukrainian people. Ukrainian 3.5 million was mobilized into the Russian Army, and 250 thousand Ukrainian Galicia and Bukovina - to the Austro-Hungarian.

Military confrontation between the two empires split nationally conscious Ukrainian. Frankly proavstriysku won the position was created in August 1914 in Lviv Ukrainian Main Board (Gur) led by K. Levitsky. Gur was the inter-block with representatives of radical, social democratic, national-democratic parties. Gur asked the Ukrainian people on the Manifesto, in which, inter alia, stated: "gluttony tsarist empire also threatens our national life ... be found in the constitutional protection fret Austrian State ... Ukrainian citizenship shall give all their material and moral forces that historical enemies of Ukraine was broken! Let the ruins of the tsarist empire sunrise liberated Ukraine! »

In 1914 the initiative was formed Gur Legion of Ukrainian Sich Riflemen (USS).

In May 1915 Ukrainian Home Council reorganized in Vienna in General Ukrainian Council - one and the highest representative body of the Ukrainian people of Eastern Galicia. The Council demanded from the Austrian government's implementation of the Ukrainian authorities and schools in areas linked Holm and Volyn, agreement on the division of Galicia to the Polish and Ukrainian parts and the formation of a Ukrainian university in Lviv. German and Austro-Hungarian authorities did not support the idea of independent Ukraine, but satisfied a number of secondary requirements, including the organization of some Ukrainian POW camps. In the camps, founded schools, libraries, churches that are actively engaged in education of Ukrainian national identity, the implacable hatred of the Russian Empire as ponevolyuvachky hnobytelky and Ukrainian people. Over time, the Ukrainian prisoners of war in Germany and Austria-Hungary was set up under two divisions - "synozhupannu" and "sirozhupannu", named for the color of the form.

November 5, 1916 Austro-Hungarian and German governments announced the establishment of an independent Polish kingdom, which consisted of the Polish lands that belonged to the Russian Empire and later in Galicia. In protest General Ukrainian Council samorozpustylasya. Leadership Ukrainian movement centered in Western Ukraine in the Ukrainian parliamentary representation.

At the same time, the political emigrants from Eastern Ukraine was founded in Lviv Union for the Liberation of Ukraine (SVU), announcing his non-partisan civic organization. SVU organizers were former leaders of the Ukrainian Social-Democratic Party (USDRP) - A. Zhuk, J. Doroshenko, Dontsov, and the Ukrainian Social-Democratic Union (Union) - M. Melenevskyy (Basok) and A. cursive-Yoltuhovskyy.

In October 1914 the program issued SVU "Our platform, whereby the main objective of the Union was to create an independent Ukrainian state constitutional monarchist form of government. Main bet he did on Austria-Hungary, the German army, anticipating defeat Russia in war.

SVU had their authorized representatives in Berlin, Sofia, Istanbul, Rome, Stockholm, Oslo. Having set the goal to form a coalition around Union irreconcilable enemies of the Russian Empire, the executives entered into open or secret talks as an official state government officials and with Russian political emigrants, mostly from the Bolsheviks and Mensheviks. But agreement is not always succeeded.

1915 SVU members began publishing in Ukrainian capital of Bulgaria in the newspaper Workers flag, unfurled advocacy work in the POW camps. The money provided by the Governments of Germany and Austria-Hungary, SVU carried out extensive lobbying activities. Figures of the Union spoke with lectures and presentations not only in Austria-Hungary, but also in Germany and Bulgaria. They have established regular edition German, Ukrainian, Bulgarian, Turkish, Romanian, Czech, Croatian, Italian and Swedish editions of many popular science books of the past and the modern Ukraine. Among them, Kobzar Shevchenko, Ukrainian historiography Labor luminaries M. Kostomarov, VA Antonovich, F. Wolf, scientist geographer S. Rudnitsky, M. Lozynsky publicist, writer Lepkoho. Were published some work Hrushevsky, though he treated himself SVU unflattering. The assistance provided by the Quadruple Alliance, zarahovuvalas as state forestg future independent Ukraine. Union of Liberation of Ukraine suspended its operations in June 1918, the historic merit of SVU was primarily because he was the first Ukrainian organizations declared aim to formation of an independent Ukrainian state.

the early-war immigrants from Galicia Muscophiles organized in Kiev, "Carpatho-russkyy osvobodytelnyy committee. He called Galician welcome Russian army as vyzvolytelku, helped organize the authorities during the occupation of Galicia.

Proavstriyski and pronimetski SVU no mood resonated in eastern Ukraine. Editor of Ukrainian life in Moscow, Petliura called on Ukrainian honestly fulfill its duty to the Russian state. In foreign policy, Petliura urged to focus on the Entente.

Society of Ukrainian progressives (TUP) took expectant position, not standing on the platform or Petliura of SVU. But even loyalty to the Ukrainian figures of Russian autocracy is not mitigated its bias towards Ukraine. It urged Ukrainian, who only within the national movement can solve the Ukrainian question.

since 1916 in cities of Ukraine mass evolving nationalist groups of young people, mostly students who were for independence of Ukraine.

in August 1914 in Lviv created Gur Martial administration of USS, which asked the Austrian government for permission to form the Legion of Ukrainian Sich Riflemen (USS). Writing to the USS conducted on a completely voluntary basis. Wishing to join 28 thousand people turned out. The main contingent of paramilitary youth were students of Ukrainian organizations "Falcon", "January", Plast. The Austrian government, concerned about the presence of such a large military formation nationally conscious, to the USS counteth only 2,5 million people. Legion, which consisted of three hovel, entered the Austrian army of General Bormann group. Approaches the front to the Austrian city of command tried to throw into battle unprepared legion. But then the temporary commander of T. Rozankowskyj refused to enforce the order. Subsequently, Legion headed lieutenant M. Haluschynskyy. After taking the oath Legion transferred to Transcarpathia. Plans Austrian command consisted in the gradual destruction of the USS in aoyah of the enemy. Private Legion units were transferred to the protection and Veretskyi Uzhotskoho passes (September 1914). The rest were ordered in groups of 20 people burst into the rear of Russian troops to carry out sabotage. However, such operations were ineffective, and Sich suffered significant losses. Finally Austrian command changed his views on the fate of shooters who were among the most combat-ready soldiers Austro-Hungarian army. In December 1915 Volunteer Legion USS pereformuvaly a regular regiment of the Austrian army. USS distinguished themselves in battle for Mount Makivka (March 1915), to release the Russian occupation of Galicia. But the battle for Mount Lysonyu in Ternopil (September 1916) was the last regiment to USS. The remains of the regiment moved to Volhynia, where the shooters were obliged to help the Austrian occupation authorities to replenish the Austrian army recruits from the local population. Following this, Sich archers immediately started a big educational job. Yes, they are atrhanizuvaly about 100 primary schools and teachers worked there. After the overhaul of the regiment in February 1917 Sich returned to the front under Bershad. In March - October 1918 USS regiment under the command of captain A. Mykytka part of the Austro-Hungarian Army, under the terms of the Brest Peace Treaty of 1918, made a hike in the Dnepr Ukraine (Zherinka - Kherson - Alexandrovsk). In early October 1918 USS transferred to Bukovina in Chernivtsi. After the proclamation ZUNR in November 1918 the regiment peredyslokuvaly to Lviv, where he became the nucleus of the Ukrainian Galician Army (UHA).

end of December 1917 of the former captives Zaporozhian and immigrants from Galicia was established in Kiev-Galicia Bukovina battalion riflemen. Kurin riflemen (as it was called since 1918) fully supported the UCR, becoming one of the best parts of the UNR Army.

So Sechevyye archers took part in the First World War, became the basis of a future Ukrainian army, as at Western and in the Dnieper, which in 1921 led an impossible fight, defending Ukrainian conquest Revolution. 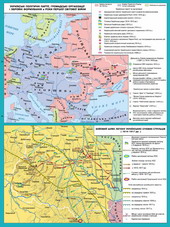 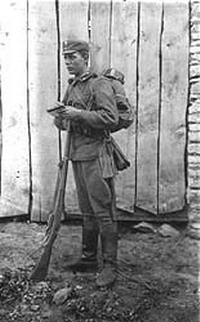 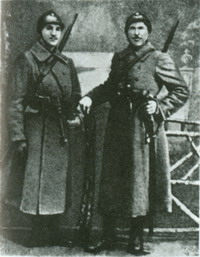 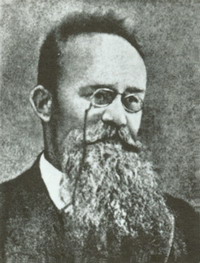 In the wording of the Ukrainian newspaper "native word. Austria-Hungary, 1918 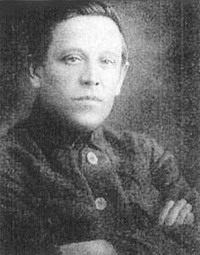 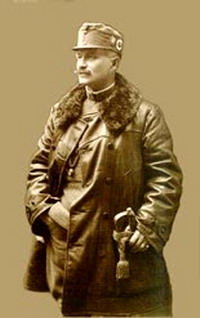 Makivka mountain in the Carpathians 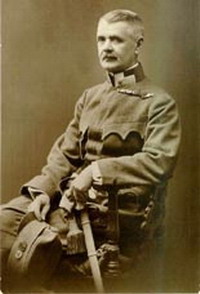 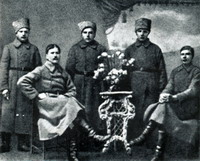 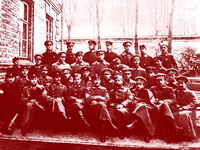 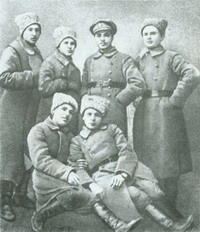