development of literature, music, architecture, fine arts, UKRAINE IN THE SECOND HALF OF XVI - first half of XVII century.

Vyshensky left very little information. It is known that he was born in the town ship Cherry in Lviv, and to indicate that it acquired last name. Name John - also gain years later: so called in monastic Vyshensky. At least around secrets and education writer. Holding the pen, he made efforts to criticize the then European school and university education, having related them with other civilization before the conquest "of Latin charm." Meanwhile, researchers are certain that he was Vyshenskyi Latin training, learning, perhaps in the Jesuit College. Scientists do not deny the relationship of the Reformation Vyshensky trends. However, the duration and nature of those relationships is not known. Probably they were determined the search for truth, which did not give peace passionate soul Vyshensky. However, linking themselves with Orthodoxy, he was not avoided controversy. And not only the idea of the union did not give him no peace: tormented relationship with Lviv brethrens, which was first in peace, then - as argued, does not beget a long time in jail under the tutelage of Prince Constantine. After all, he is increasingly inclined to the secluded life. In the 80 years moved to Mount Athos (the peninsula in the Aegean Sea, where long authoritative Orthodox monastery located). Since Mount Athos sent home special messages - messages written messages like the Apostle Paul. During 1604-1606 he lived in Ukraine, but returned again to Mount Athos, where he died.

Folklore, the development of literature

under the influence of humanism and the Reformation Ukrainian literature XVI - XVII century. increasingly used the means of folklore art. Meanwhile literary tradition penetrated into the oral folk tradition. Such interference livelier development of Ukrainian literature, enriched it with new genres and forms, promoted development of literary generations, particularly drama and lyricism.

Another important feature of the Ukrainian literature was the emergence of Polish-and Latin-works , in which most embodied the idea of Western European art. Yes, Latin and Polish-Ukrainian poetry was largely secular in content and based on the laws of the European Renaissance art. Among the writers of that era famous Sevastyan Klenovych (c. 1550-1602) - Ukrainian Latin poet and Stanislaw Orzechowski-Roksolana (1513-1566) - a speaker, writer and publicist.

numerous journalistic pieces that related to religious life, including problems of the Union of Orthodox and Catholic churches. Polemical treatises written by both supporters and opponents of the union - that representatives of different camps, participating in public debate. Ukrainian Orthodox polemic writers passionately defended the right of native churches, stands opposed Catholicism and adapted. most out polemicist were John Vyshenskyi, Gerasimos Smotrytsky, Meletii Smotrytsky Stephen Zyzaniy, Ipatii Potiy, Job Boretsky.

significant place in the Ukrainian chronicle those times belonged Gustynskogo Chronicle , created in the first quarter of the XVII century.

However, significant works of drama did not exist, although the first mention of the performances from the end of the XVI century. At the beginning of the XVII century. tended to be so-called school drama.

In the first half XVII. Ukrainian developed a traveling puppet show - crib.

It was rebuilt and During Construction

The development of literature, music, architecture, fine arts in Ukraine in the second half of XVI - first half XVII. 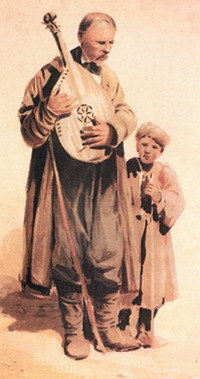 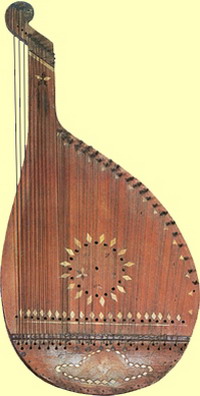 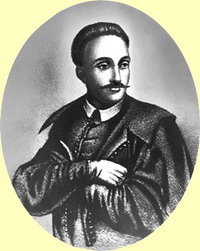 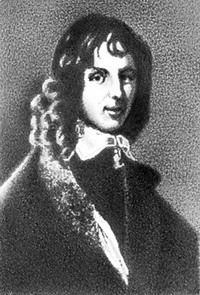 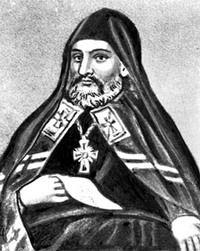 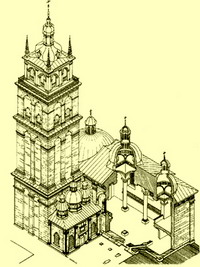 Ensemble of the Assumption Church 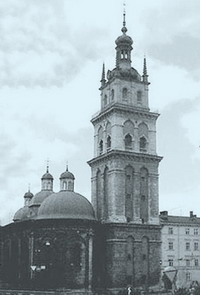 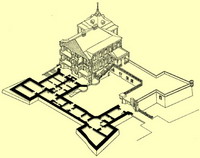 Reconstruction of the castle in Podgortsah 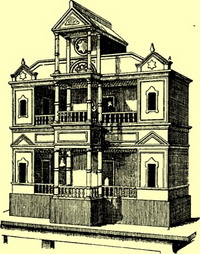 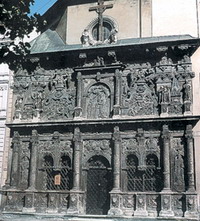 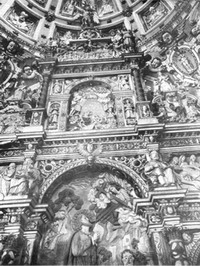 Boim Chapel in. Detail of decoration 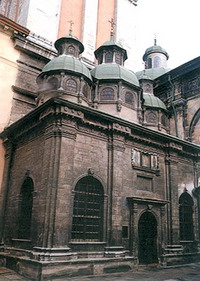 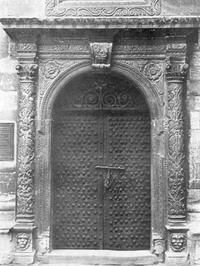 Entrance to the chapel of the Three Saints in Ukraine 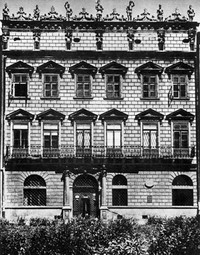 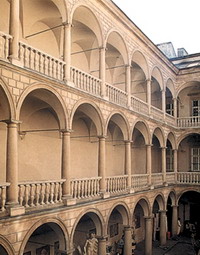 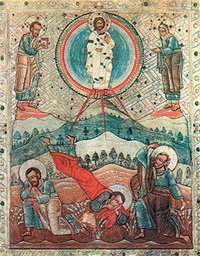 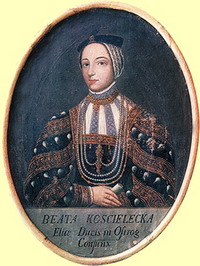 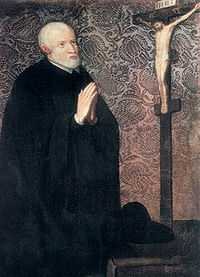 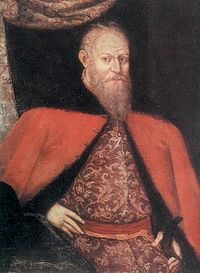