Yuri Khmelnitsky was the youngest child of Bohdan Khmelnytsky and his first wife Anna Somko. Hetman received a good education at home, was well acquainted with the Scriptures, knew several languages - Greek, Latin, Polish. Studied Yuri Khmelnitsky in Kiev-Mohyla Academy, but not for long, because due to worsening health Hetman son returned to Chygyryn where he continued his studies at home.

hetmanycha name in the sources mentioned increasingly after 1653, when the death of his older brother Timosha he became the sole heir to Bogdan. Old Hetman prepared the ground for transfer of mace George, including 16 appointed acting hetman summer son in a responsible trekking. But as they say in the proverb, to be mace head. Yuri Khmelnitsky could become a good scientist, a writer, but was quite incapable of the role of Hetman and military figure.

Paul Teteria came from Kiev Ukrainian nobility. He was born in the 20 st century XVII. His education, became a subscription (clerk) in Lutsk hrodskomu court. In 1648 joined the Bohdan Khmelnytsky. From 1649 - Pereyaslavs'kyi regimental clerk, from 1653 - Pereyaslavs'kyi colonel. Paul had the remarkable ability Teteria diplomat, for which he particularly admired Bogdan Khmelnitsky. While in Chyhyryn of the hetman, he participated in almost all diplomatic negotiations. Since 1649, he was headed to the embassy Transylvanian Prince George (Dyerdya) II RI am his widow - daughter of Bogdan Khmelnitsky Catherine.

agreement concluded Yuri Khmelnitsky, unlike the contract in 1654, was unequal.

So Pereyaslav agreement in 1659 secured changes in the Ukrainian-Moscow political relations. Ukrainian state lost its independence, becoming an autonomous part of Muscovy. Although autonomy was then still quite broad, of tsarist clearly showed that the attack on the independence of Ukraine will continue.

Ukrainian state by only treatise became an autonomous part of the Commonwealth. Slobodyshche treatise and therefore did not bring peace Ukraine. The internal situation of the Cossack state even more complicated, because there was a threat to turn the Ukrainian territory on the scene a brutal struggle between Muscovy and the Commonwealth.

Moscow successfully exercised the internecine struggle in Ukraine. Keeping that one, the other contender, the Moscow government zahostryuvav situation and also furthered his authority on the Left. But most liked the Muscovite tsar Ivan overzealous Bryukhovetsky - then ataman Zaporizhzhya Sich.

did not want to abandon the Ukrainian lands and Poland.

Intervention of other states in various opposition groups against the Cossack hetman's mace for the division of Ukraine led to the Left Bank and of the right were fighting among themselves: one on the side of Moscow, the other - on the side of Poland. Therefore, Ukraine has started a new civil war.

After refusing Yuri Khmelnitsky Hetman from 1663 shared the national territory of Ukraine into right and left Hetmanate.

The work of John Bryukhovetsky relied on support from Moscow. He made considerable concessions to the Moscow government. Bryukhovetsky In 1665 - the first of the Ukrainian Hetman - went to Moscow to see the radiant eyes of the sovereign ".

Moscow article substantially restrict the autonomy of the Left Bank Hetman, reinforced its dependence on the tsar.

Meanwhile, Muscovy and the Commonwealth have begun talks. Ceased they signed January 30, 1667 in the village. Andrus (near Smolensk) truce.

Mostly Andrusovo contract that dealt with Ukraine was signed secretly, without approval from the Ukrainian side.

He perekreslyuvav most achievements of the Ukrainian people won nearly 20-year struggle for national liberation, and secured to legitimize violent division of Ukrainian lands between Poland and Muscovy.

there was civil war. During the reign of Hetman's mace simultaneously fighting several groups of applicants from different foreign policy orientation.

buckled Andrusovo agreement violent division of Ukrainian lands between Muscovy and Poland very uskladnyuvav Ukrainian liberation movement - in fact, since to build an independent state had to overcome resistance to two, hostile to each other, states. Being a part of various states under various crops threatened to split the Ukrainian people. That is why the most important tasks of the Ukrainian steel derzhavtsiv Andrusovo cancellation of the contract and unification of Ukraine under the rule of a hetman.

Violation of the territorial integrity of Ukrainian state - Hetman 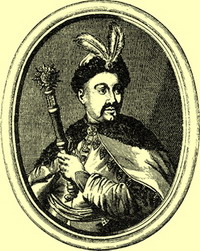 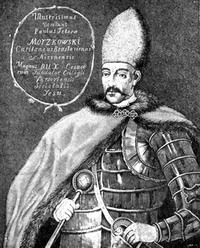 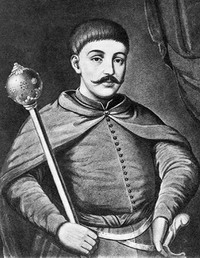