eve of World War I Russian empire was the biggest in the world state, but noticeably behind in the development of the leading states of Europe and America. Path to progress the country refrained autocratic rule and large size - as relatively developed west and central region contrasted sharply with the enormous expanse of Russia, where the patriarchal system and antiquated social relations.

Another problem of the Russian Empire it was very cosmopolitan. If the XIX century. Russian autocracy was still able to hold under the national margin of the Empire, the early twentieth century. aspiration of nations to self-acquired stronger organized form.

War very exacerbated the problems of empire. Losses of Russian army gave the opponent Baltic States, Poland, western Ukraine and Belarus. The explosion of discontent long war and disruptions in food supplies in large cities fell on the lute-March day in 1917 in Petrograd riots into a revolution. Tsarism fell. Power passed to the Provisional Government, but in parallel there is another form of revolutionary - Council workers 'and soldiers' deputies. The biggest of these was the metropolitan council Petrohrad.

crisis in the state has provided energy centrifugal forces. There was consolidation of national forces in Ukraine (Central Council), Latvia, Belarus, Central Asia, in the Cossack areas - the Don, Ural, Kuban stood the national authorities, who tried to assume power in the edges.

Meanwhile, domestic political situation was complicated, social tension grew in intensity, the political battle was fought more radical measures. Besides the youth, from which Russia could not get through commitments to the Entente countries. Intransigent leftmost and far right groups pushed the country into armed confrontation. The first attempt to seize power by force, provoked by the Bolsheviks in July 1917, failed. The same statement was defeated in August by General L. Kornilov, who attempted to establish a military dictatorship in Russia. After the suppression of human re-started gaining strength ultralivi movements. The Bolsheviks led by Lenin and Trotsky L. began to prepare for armed performance.

upheaval that went down in history as the October Revolution, took place October 25 (7 November) 1917 in the communist country established dictatorship . From the first days of the new government began implementing the program provisions of the Bolshevik Party that their thesis was leading the elimination of private property in any form. Since this is contrary to the logic of normal economic life, the new government at every turn met resistance to their measures. In the fight against opposition Soviet authorities resorted to the methods of terror.

to stay in power, the Bolsheviks anything needed to bring Russia to a state of war with Germany. Peace talks began in Brest-Litovsk Germany winter 1917/18 he insisted on separation from the Russian territories of Finland, Estonia, Latvia, Lithuania and Poland on the grounds that nations designated areas expressed their will to Germany. Lenin in order to retain power was agreed to any terms, but the head of the Bolshevik delegation, Leon Trotsky, the Central Committee decision violated and ripped off negotiations. February 18, 1918 German-Austrian troops attacked on all fronts. In the face of imminent catastrophe March 3 Bolsheviks imposed on the German side have signed peace terms on which Germany recognized by law in Finland, Estonia, Latvia, Lithuania, Poland and parts of Belarus (under German aegis of these lands was declared a national state), guaranteed the independence of Ukrainian People's Republic. Turkey passed Transcaucasian areas Kars, Ardahan and Batum. Under the cover of German and Turkish forces declared independence Georgia, Armenia and Azerbaijan.

Meanwhile, across the country gathering and raised to fight Bolshevist forces. Rozhoralasya civil war in which there could be no compromise or middle-of-results. The war was fought to smash and destroy the enemy. In May 1918 fearing the disarmament, rose Czech-Slovak case, which by agreement with the Entente countries through the Far East had to be transported to France. Statement by the Czechoslovak Corps pushed to act decisively different Bolshevist group. Summer in the Volga region, a wave of uprisings organized by SRs. In spring 1918, with the defeat of Germany and Austria-Hungary in World War I and the retreat of their troops from the territory of the former Russian empire, began large-scale military intervention of the Entente. Interventionist seaports and captured the strategically important points along the perimeter of Russia. Relied on their support of the Russian White Guards - mostly supporters of restoration "indivisible Russia" under the authority of constitutional monarch.

of the opposition was fragmented and uncoordinated, but as a result of these activities to autumn 1918 the Bolsheviks managed to retain only the central regions of Russia in Moscow and Petrograd. However these areas were the most economically developed and populated mostly by Russians. Opposition forces are relied a border areas of Russia, which had important cultural and political centers, with population, which belonged to different nationalities and were at different stages of socioeconomic development.

In 1919 in eastern Russia Bolshevist forces rallied around Admiral Alexander Kolchak. Entente leaders recognized its "supreme ruler of Russia." Kolchakivtsiv offensive in spring 1919 came almost to the Volga. But in April he began to run low, then the White Guards were forced to retreat. In November fell Kolchak capital - the city of Omsk.

When Kolchak army is betrayed by Ural, Don began to attack Volunteer Army of General Anton Denikin UPR and the AFSR. The march on Moscow stalled on the approaches to Tula in October 1919 simultaneously with the territory of Estonia moved to Petrograd the White Army General Yudenich. But the decisive counteroffensive overwhelming force the Red Army rejected the Whites and the Black Sea and the Gulf of Finland. Spring of 1920 Main Bolshevist forces were defeated and most of the country controlled by the Soviet authorities.

fight was not over. In April 1920 due to territorial concessions to Ukrainian Directorate headed by Simon Petliura obtained the support of Poland. In May, joined the Polish-Ukrainian forces liberated from the Bolsheviks and took the right bank of Kyiv. Then followed the Red Army counteroffensive and retreat Poles almost to Warsaw. This success in red zarodyv chiefs hope for a victorious march of Western Europe and the beginning of a world revolution. But from the Warsaw Polish Army passed to counter attack the Bolsheviks had to leave to Zhytomyr (October 1920).

Meanwhile, in the Crimea remains focused broken white armies, which was headed by Baron Wrangell. In the summer of 1920 started the last campaign against the Bolsheviks. The troops came to Wrangell and Ekaterinoslav Uzivka, and the forces were too unequal. Autumn Wrangell lost all its gains in November, red invaded the Crimea - the last resistance of the opposition. Following this Soviet troops occupied the South Caucasus and overthrew governments in Georgia, Armenia and Azerbaijan.

few years there were fights in the Far East.

Defeat Whites in the civil war due to lack of interaction, conflicting views on the future arrangement of allies Russia and frankly reactionary and monarhistskym color white movement.

for national movements, then during the Russian Revolution were able to win independence for Finland, Latvia, Lithuania, Poland. In other national areas where zatverdylasya Bolsheviks Soviet republics have firmly tied to Moscow Center. 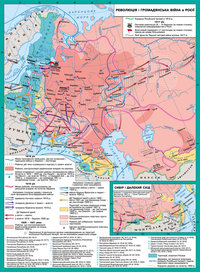 Revolution and Civil War in Russia 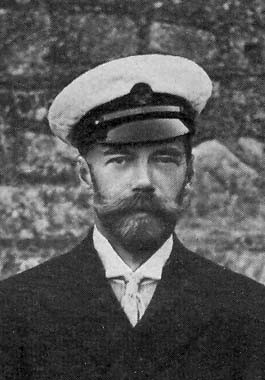 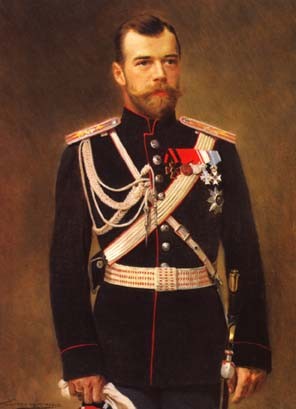 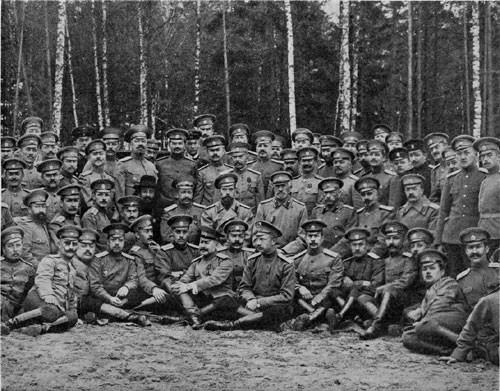 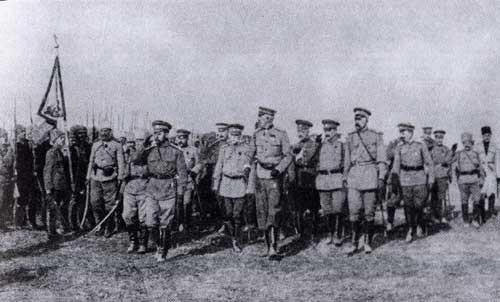 Nicholas II at the forefront 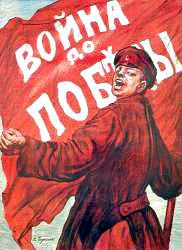 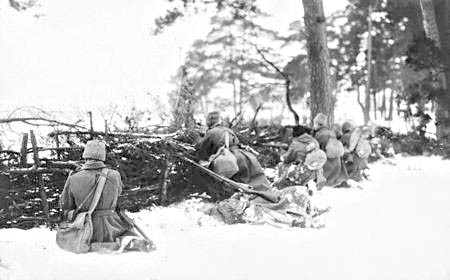 Russian soldiers on the German front

The Russians seem to be captured. Galicia, 1917 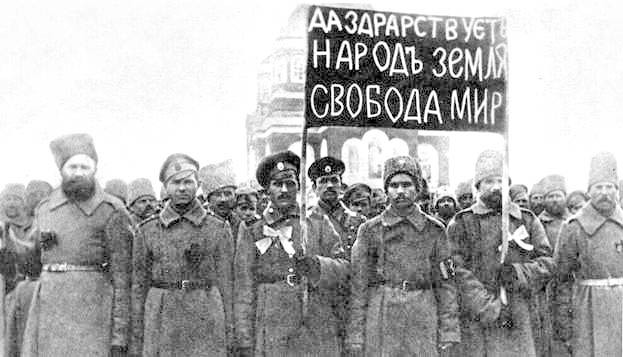 During the February Revolution 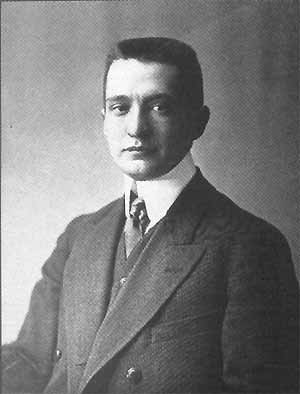 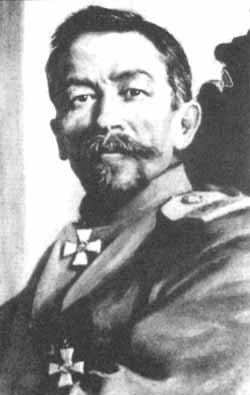 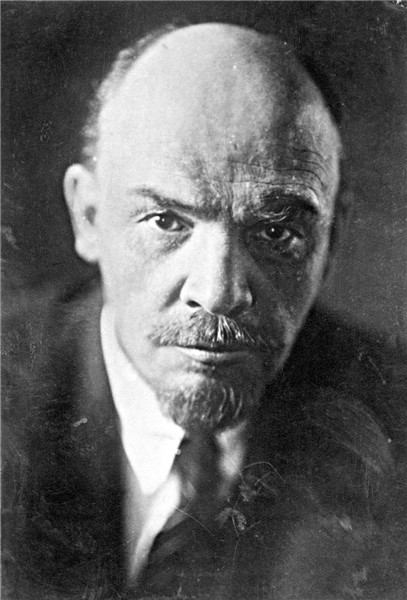 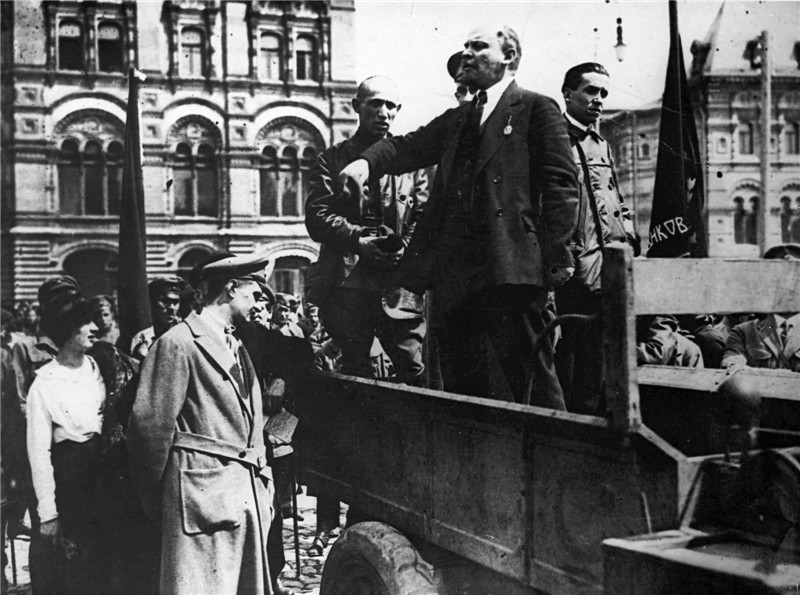 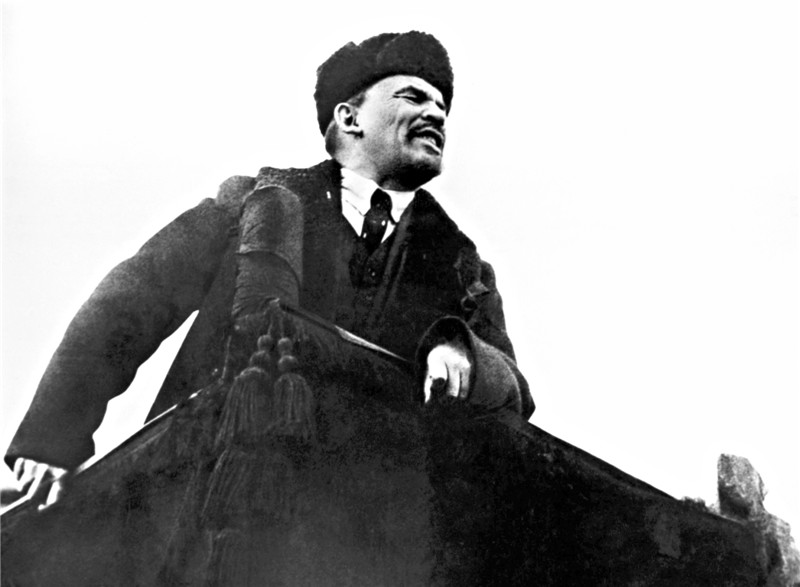 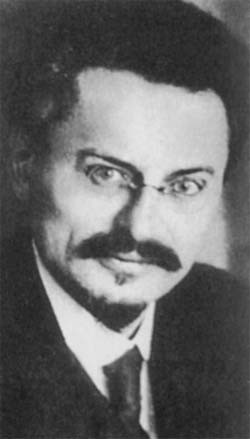 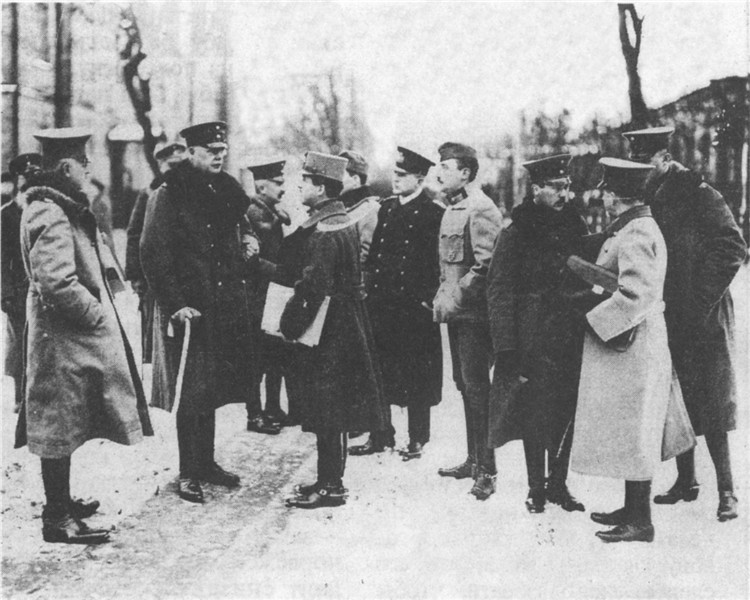 German and Austrian delegates at Brest-Litovsk. 1918 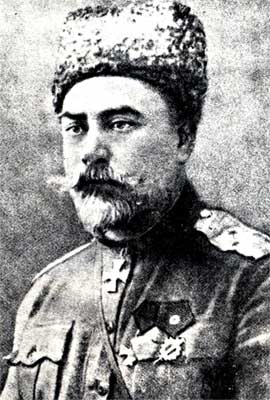 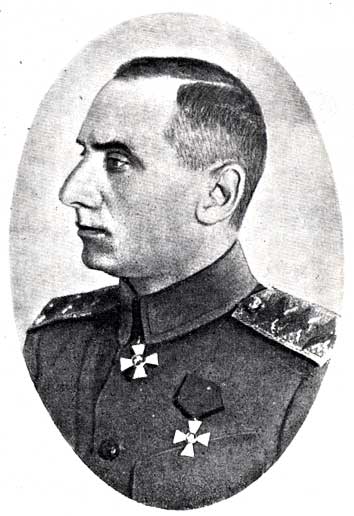 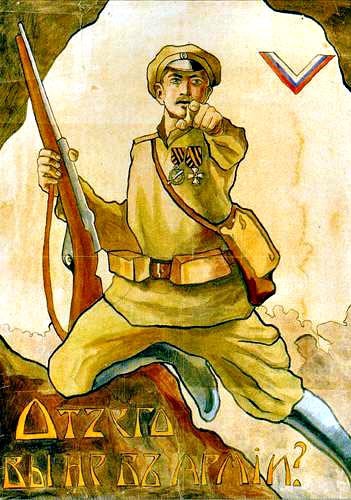 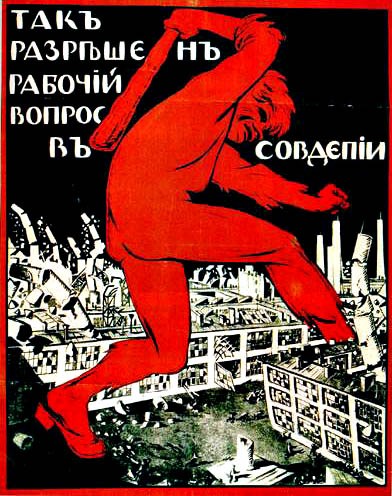 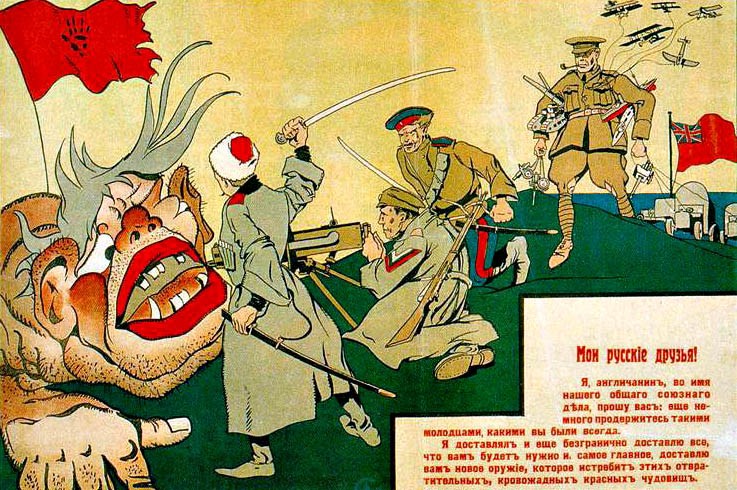 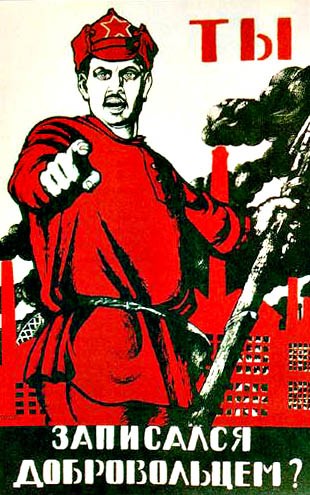 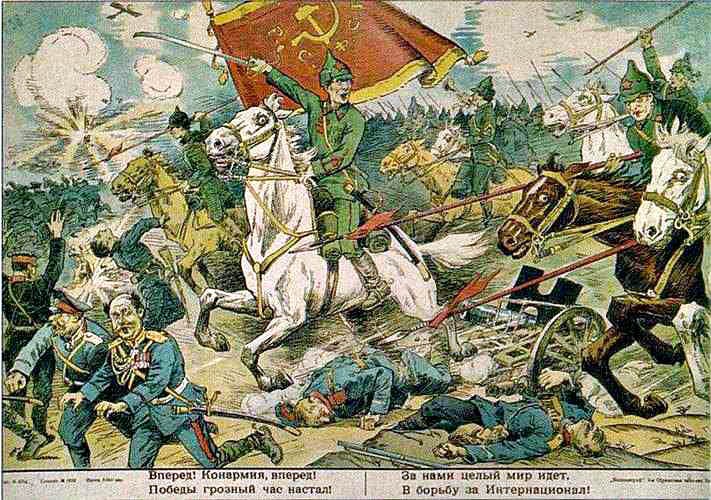 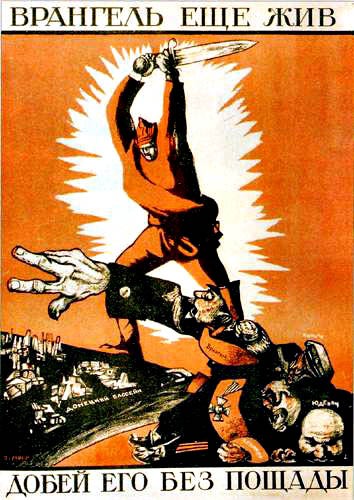 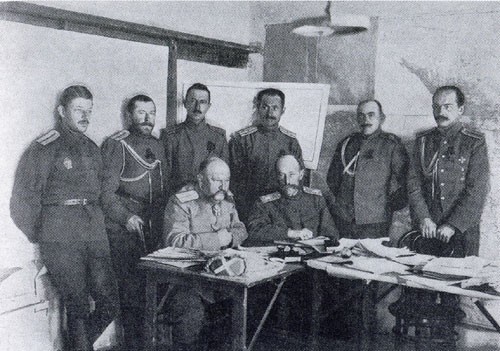 Yudenich General and his staff 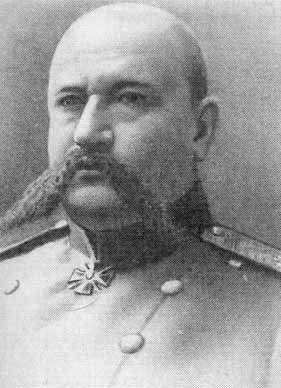