§ 3. The emergence of agriculture and animal husbandry (textbook)

Through the use of fire, inventionbow and arrows of primitive people to diversify their food, learned to defendthemselves from cold and predators. Gradually, their lives become longer due towhich increased the population of the planet. If Australopithecus 3 millionyears ago, according to scientists, there were about 1 million, thenkromanyontsiv - 8 thousand years ago - about 5,5 million people.Armed with bows and arrows, spears and knife primitive hunter vpolovuvav alreadymore animals. Collector spustoshuvav nature of the area where he lived. Animalsbecame less, stone, suitable for making tools, all wereharder to find. Faced a problem of survival of primitive man.

After all, thousands of years of experience andaccumulated knowledge about the world pidkazuvaly way out of difficultsituation. Prehistoric man began to not only take from nature, but also to restoreits wealth. People have long noticed that the corn plants that fall into the loosesoil, then prorostaly. They also realized that small animals foundwhile hunting, do not kill. People have started to sow grain anddomesticate and breed animals. In the Mesolithic domesticated dog. He was a faithfulassistant man during hunting and guard housing.

It gradually Neolithic initialpeople moved from hunting and gathering to Agriculture і cattle,ie from pryvlasnyuvalnyh methods of management to reproduction. Thistransition to English archaeologist Gordon Childe (1892–1957) calledNeolithic revolution. Agriculture spread to the lands of thefavorable conditions: a warm climate, fertile soil, wild cereals. Suchsoils are in areas which are called the "fertile crescent". Heregrown peas, rye, wheat. On the banks of the Yellow River in China 7 thousandyears ago began to grow millet and soy. In the Americas 5thousand years ago, learned to cultivate corn, squash, beans, cotton.

Invention of agriculture and animal husbandryAccording to scientists, identified the future of mankind. Now there were unprecedented beforeProspects for increasing the necessary food for life. Agricultureproviding a constant number of people required products, production of whichshe could control. Livestock was not the only source of meat, skin and fat,but later, when he learned to milk the cattle, and dairy products.Cattle was also used during plowing, shipping,riding. New forms of management made it possible to settled life.As a result, there were villages with durable home and commercialbuildings.

In Neology was also carried outmore not less important for value discovery. He learneduse clay. At first she daubed her wall homes, then -began to build with bricks of raw and baked later with a brick. Hugeachievement was the appearance of pottery - actually the first artificial materialinvented by man. This invention has changed the human diet. Henceforththe opportunity to consume boiled, fried and baked foods. Anotherachievement of this period was the improvement of production equipment commemorative gunswork. Spread methods of grinding, drilling and stone sawmill. BetweenNeolithic was invented spinning. Along with spinning weaving appeared incausing another person has created an artificial material - cloth. 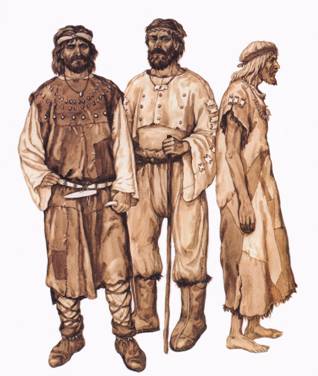 of tissue elements - oplichchyam and trousers

Varied forms of activityresulted in the formation of new property relations. As a result of changing long-standingcollectivism came a separate family, which owned parcels of land, cattle,implements, manufactured product. Families joined together in a family community.Related families were family. Thus, new forms of relationships betweenpeople.

Successful development of the reproductiveNeolithic economy in the day made possible a significant increase in the population of the earthworld: by this time, it increased from 5 to 80 million people. Considerablepart belonged to a settled life.

1. To feedyear one hunter and gatherer, needs about 10 km2,and a farmer - 0,5 km2. Advanced farming в Bronze Age gaveopportunity to feed one person 0,1 km2.

In the Neolithic people progressedability to process stone, wood, horn and bone. Diversified not onlytools, but also ways to make them. Earlier, the man making thetools, only obbyvala stone, now it its sverdlyla, polished;nagged. Sverdlyly through hollow bones. its set in stone andplayed quickly, pouring sand on it. Much time was needed tomake a small hole in stone. Also require great effort and grinding. Originally made stoneworkpiece and obbyvayuchy, gave it the desired shape. Then brushed billetby tramka sandstone pouring sand on the surface, which were treated, andpouring its water. Nagged by jagged stone plates -pollen.

From the agricultural and manufactured stonetools. Instead, stick-kopachky that serve to dig the earthnutritious roots, started to use the tiller hoe. It was a stick with a hook or bent end of bonesor horn.

Later appeared ralo. The first was raloextremely simple. In sharp sticks tied rope. One man was haulingby a rope, and another stick rozpushuvala ground. In the grooves that were formed,throwing seeds. Collected harvest sickle made of wood or boneflint inserts. Then the grain on flat stones rozmelyuvaly-zernotertsi,subsequently invented the millstones.

Long time, scientists believed thatof crafts have been directly associated with the transition to agriculture andcattle. But it turned out that the process of craft was in neodnochasnymdifferent areas. Yes, in Greece, farming appeared beforepottery, and in Scandinavia and Spain it was mastered crafts later.

Workshop, which produced weaponswork appeared in the Palaeolithic, more than 150 thousand years ago. Mostthey settled in villages or in areas where there were many suitablefor working stone, his left, retreating, the glacier. In the Neolithic (ca.7 thousand years ago) stone mined from the corner made hoe and pickaxein mines, which had a depth of 2 m.

In the Neolithic significantly prevalentpottery. Man already had experience of pottery with animal skulls,armor turtles from wood or stone. In the Neolithic it startedanother use for this material - clay. At first people made ofclay vessels dried in the sun. Soon they realized that the clayproducts, burned in the fire, much stronger, and thus serve longer. Somankind has invented the first artificial material - ceramics.

The first pottery was simple inform, having a sharp or round bottom. Sculpted by hand from clay bands in the so-called whirl way and burnt in open fires. For strength inclay dough added sand, grass, ground shell. Usinghostrodonnyy vessels zaryvaly it in the ground or placed in holes, layingaround the fire. Late Neolithic vessels appeared flat bottom. This showsthat the person was using a table and stove.

The outer surface of vessels vkryvalasyaornamented with various patterns of pits, scars lines and printscomb punch and so on. According to scientists ornament display changes totook place in the minds of pastoralist peoples, new possibilities of thinkingrights. Now it is the nature of copy and convey its characters. Inornament pattern encoded representation of the person on the structure of the universe, surroundingsubject and the natural world, its attempts to win over natural forces andprotect themselves from enemy. But the answer to what kind of information leftunknown authors ornaments still there.

Ceramic dishes with localFeatures production and diversity of forms and patterns are noworiginal card each archaeological culture.

IV was found in the thousands BC(Over 5 thousand years ago) Potterycircle ware produced in larger quantities and uriznomanitnyuyuchyperfecting his form.

With weaving art born weave.First of old wool fibers or wild plants sukaly strong rope splitalynets for fishing. Later, wreathe learned not rough rope, and a thin thread.Thin wire tightly intertwined formed tissue which was elastic,pleasant to the touch than leather, which previously produced clothing. Fabrics alsoeasier to sew. Gradually learned spinthreads. They were made of the same materials - wool and plant fibers andrope. Ancient weavers made wooden frame. It tied a lot of rowsthreads, which served as the foundation fabric, then their pereplitaly other threads.This device was ancient loom.

All for Neolithic man was the first time:zernoterka first, the first mill, the first pot, the first loom. Who wasinventor of these things we may never know. But, of course, the people of those timeswere creative, hard working, using the accumulated experience.

Not always a man had everything neededto making implements, or for cultivation of land. Sometimes not enough materialor a person does not have enough time or skills to make the necessary things. Between individual families emergingexchange of materials, instruments and effects. Thus, archaeologists have examined,that in Paleolithic stone from getting in the Mediterranean for transportingas hundreds of miles by sea and by land. Herdsman and farmers alsoexchanged between them they produce: skins, wool, meat,milk, grains, vegetables and handicrafts. May simultaneouslyand have a question: "How many stone axes to pay to getBull's return? "It appeared from the need to things that primitiveused the same way as we use money. They could besmall kauri shells and large animals such as bulls. Exchange was the firststep toward the emergence of trade.

1. Why primitive people movedto agriculture, because their experience gathering and hunting toolsprovided an opportunity proharchuvatysya and have free time?

2. Where first there was a farming?

3. What new ways of working stoneinvented in the Neolithic?

5. As the first craft changed lifeRights?

6. Why does the sedentary peoples of ceramicproducts were flat bottom? 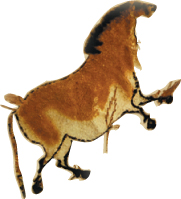 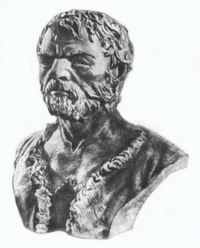 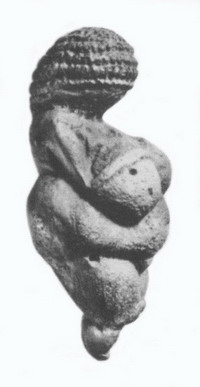 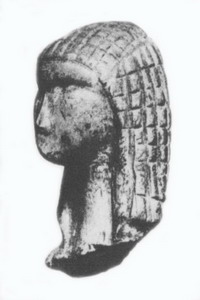