In the Roman Empire there were many large and prosperous cities. They were the first centers of power and placement of troops. And along with that - centers of trade and handicrafts. With the demise of the Roman Empire went out and urban life. Almost 500 years in Western Europe dominated the village landscape. Only a few cities of Italy and southern France have maintained their rhythm and quality of life.

U V - XI. began the revival of some old and new cities, which, though based on the faces of old Rome, but differed significantly from them. First of all, they were economic centers - centers of handicrafts and trade.

On the basis of craft and its separation from agriculture have a European medieval city.

largest cities were in Italy and Flanders. Medieval cities were usually small - 2-3 thousand. Mandatory elements that make the settlement could be considered a city, the walls, towers, cathedral, market square. Also positioned in the cities could fortified palace-fortress of feudal lords, monasteries. Construction plan of the medieval city, unlike the ancient, as such was not. Cities rozbudovuvalysya concentric circles from the center - a fortress or market area. The streets were narrow (only sufficient for the passage of the rider) is not lit, has long had drainage and paving.

houses stood very closely and had two - three floors. Often on the top floor navysav lower, because for lack of space inside the city fortifications built the foundations narrow. For a long time kept the rustic look of the city: buildings were located near the gardens and orchards, the court held the cattle and poultry. For residents of the city walls had land and vineyards. 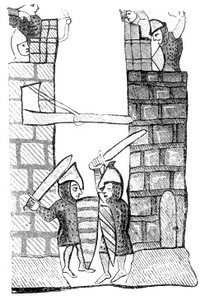 Duel on the streets of Italian cities. XII century.

The siege of the city. XIII.

The siege of the city. XIII. 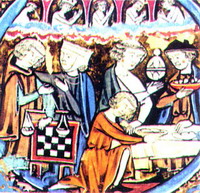 Citizens of the XIII century. 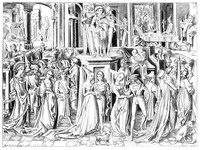 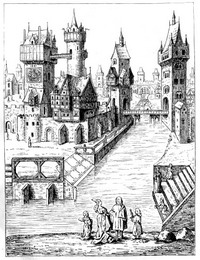 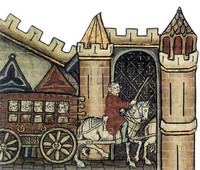 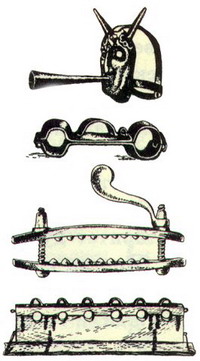 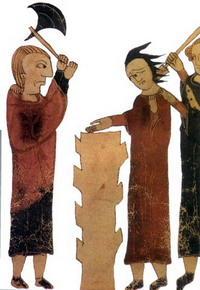 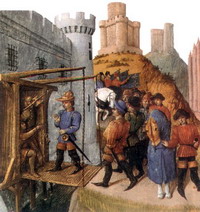 The gate of the medieval city. XV century. 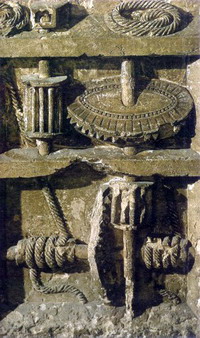 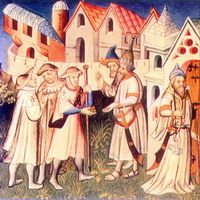 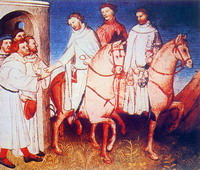 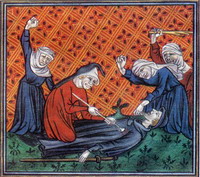 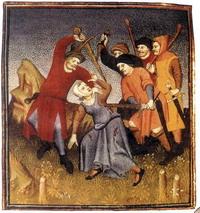 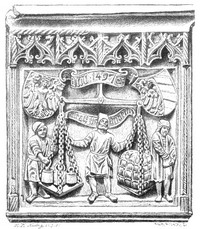 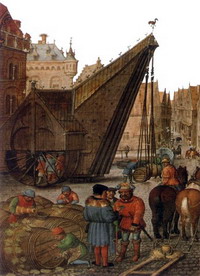 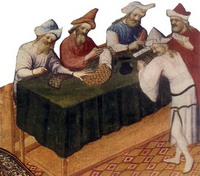 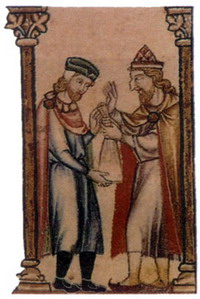 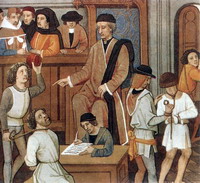 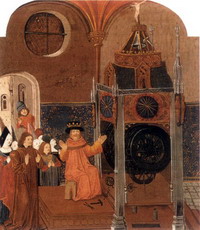 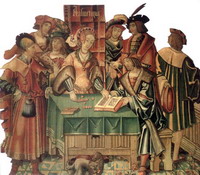 Demonstration of the first printed book on arithmetic. Italy, 1478 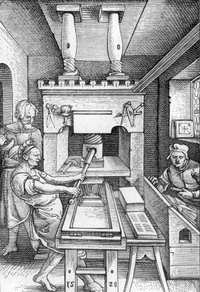