Early XVII. first all-European war broke out. It was attended by most European countries. The war lasted thirty years - from 1618 to 1648

conflict, which combined political and religious controversy, long brewing. The second half of XVI - the beginning of XVII century. in Germany were marked by the Counter-Reformation. Catholics began to besiege the Protestants. They are all receiving outside help: Catholics supported the Habsburgs - German Emperor and Spain, the Commonwealth and the Pope, Protestants - England, Denmark, Sweden, Holland and Catholic France, which is at enmity with Spain. In fact, two coalition emerged. Now, any excuse could lead to war.

this occasion was in 1618 uprising in Prague against the imperial power. The rebels threw the windows of Habsburg officials ("Prague remonstratsiya). In response, the Catholic army led by the talented commander Tilly moved to the rebels and defeated them in battle near the White Mountains (near Prague). The Czech Republic began a persecution of Protestants. Tilly And went against the Protestant princes possessions, taking Palatinate.

Advances Catholics vstryvozhyly Protestant princes of northern Europe. In the war against Habsburg

Scaling War caused financial problems, especially in the Habsburg coalition. Out of these difficulties suggested Albrecht Wallenstein inflicted. In his person combined unprincipled adventurer and gifted military leader. His ambition and cynicism had no limits. He proposed to retain the emperor by the army requisitions (robbery) of the local population. His phrase "the war to feed the war has become a sort. All military prey, in agreement with the emperor, remained Wallenstein inflicted. In the short term recruited one hundred thousandth the army that defeated Dane.

Recent successes Catholics alarmed their greatest enemy in Europe - the first minister of France Cardinal Richelieu. He managed to incite the fight against Habsburg Swedish King Gustav II Adolf, who was an outstanding general. Disciplined, with high morale Swedish army marching victoriously walked all over the country, defeating the forces of Catholics. In the battle near Lyuttsena Swedes forced to retreat even Wallenstein inflicted, but the Gustav II Adolf was killed. Protestants have lost their best commander.

when all parties to the conflict were eased in 1635, France entered the war, which has long tried to capture some German states.

Protestants were gradually overpower. All participants were depleted war, Germany is extremely devastated. Further continuation of the war threatened by internal problems to the participants. After peace talks began. Peace of Westphalia, concluded in 1648 reflected a new balance of power in Europe. Spain and Austria lost their advantage, while Sweden and amplified. Sweden won possession in northern Germany and became a dominion in the Baltic. France has selected Empire in Alsace, having strengthened its position on the Rhine.

war between France and Spain lasted another 11 years and over by new territorial acquisitions in France.

For Germany turned countless victims of war and destruction. However, Brandenburg and Bavaria prevailed.

main result of the war was that no State was unable to achieve full domination on the continent, and the fight between them in the future become possible only by the relative dominance. Also, religion has lost its relevance, come to the fore the public interest. In Europe, the Spanish domination of the French changed.

Europe in the middle of XVII century. Squalor of imperial lands as a result of the Thirty Years War 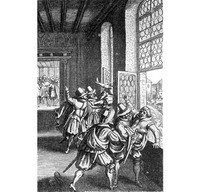 Prague uprising. Austrian officials were thrown from the windows of City Hall 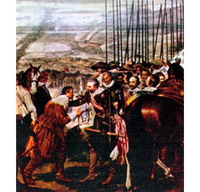 Filing of Brad (with paintings by Velasquez) 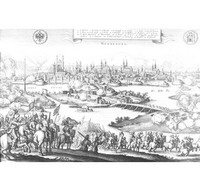 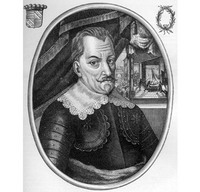 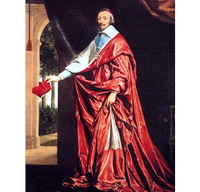 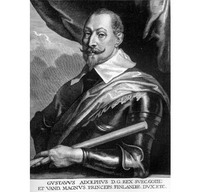 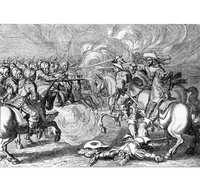 The death of Gustav II Adolf 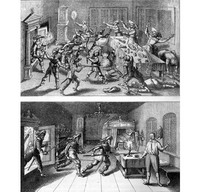 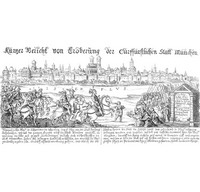 Introduction to the Swedish Army in Munich 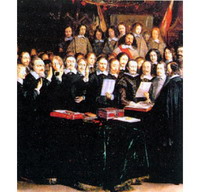 The signing of the Peace of Westphalia