In the early months of the war when the victorious offensive of German troops, the resistance movement was still not arranged in order. Soviet command committed sabotage attempts to create a network of groups and guerrilla groups in the hostile area. But these groups were extremely unprofessional and so quickly found the enemy and zneshkodzhuvalysya.

Ukrainian national forces at the beginning of the war were grouped into three independent groups: "Woodland Sich led by Taras Bulba-Borovets and two branches of the Ukrainian nationalists, one led by Stepan Bandera, a friend - Andrew Miller.

Germans coming Ukrainian nationalists tried to use for the restoration of Ukrainian statehood. By the firmest action undertook Bandera OUN. It was set up three groups of derivatives to be moving from the western border, respectively, in Kyiv, Kharkiv and Odessa. Their task was to implement liberated from the Bolsheviks in Ukraine Ukrainian civil administration and local government. June 30, 1941 a group of OUN (B), headed by Jaroslaw Stetsko joined the Lions kept the Soviet troops and proclaimed the Act of the Ukrainian state.

But the same day the Germans entered the city. Mastered the situation, the occupiers stated that their plan is no place for Ukrainian statehood. OUN leaders arrested and sent to concentration camps.

OUN Miller acted more moderately and with caution. Its representatives were able to create in occupied Kiev, the Ukrainian National Rada affect the city administration and public life. In late 1941 Ukraine Reichscommissariat banned activities of the Council, but it existed underground for over a year. Principal chiefs of the Ukrainian movement was arrested in Kiev, and soon - shot.

Back in July 1941 in Lviv to the efforts of the OUN was also the Ukrainian National Rada. The organization is conceived as an auxiliary cord "of the Ukrainian people in Galicia, Volhynia those Holm and his broker before the German authorities. Council tried to cover its activities in all public areas of Western Ukraine, representatives of various sections of the population and land areas. Pattern and the honorary president of Ukrainian national council chose the Greek Catholic Metropolitan Andrey Sheptytsky.

But this form of Ukrainian authorities are not happy with the occupiers, and in March 1942 the Council banned.

spring of 1942 remained the only Ukrainian legal socio-political institution - Ukrainian Central Committee with headquarters in Krakow. Committee was headed by Vladimir Kubiyovych.

Powers of the Committee restricted to purely humanitarian issues, and activities are strictly controlled by occupation authorities.

Commander "Polesie Sich, Bulba-Borovets, focusing on the government of the Ukrainian People's Republic in exile. The organization was developing in Volyn Polissya and was isolated against the Soviet military units hiding in forests. The aim of their struggle Bulba-Borovets saw the revival of the UPR. But when in November 1941, occupation authorities proposed Sich voluntarily lay down their arms, those temporarily curtailed activity.

alongside Ukrainian and Soviet partisans in Ukraine, mainly in Polissia were Polish resistance group (the Union of armed struggle, and then - National Army). Their activities skerovuvalas

In 1942 resistance movement throughout Ukraine was strong organizational and embraced by many people. Instead of crushed in the first year of the war underground organization emerged new, more viable, better trained and armed. The reason for this was a deep disappointment in the German government, which at first many in Ukraine look like on vyzvolytelku. The second reason was the failure of the German army near Moscow and the beginning of the Soviet troops.

with knowledge of the importance of deployment of the guerrilla movement in the rear of the enemy, the Soviet leadership come from the organization and arrangement of guerrilla groups. May 30, 1942 National Defence of the USSR created at the rate of the High Command headquarters of the partisan movement. He was subject to Ukrainian Partisan Movement Headquarters (USHPR), led by Timothy Strokacha.

Since a single coordinated command of guerrilla groups and coordinated their activities with the regular army.

most favorable conditions for guerrilla warfare prevailing in Polesie and in the Carpathians. Mountain forests and reliably defended the guerrilla forces and allowed the small cause considerable harm to the enemy. The main focus of Soviet partisans, in 1942 he was a forest on the borders of Ukraine and Bryanschiny.

From there, Kim Kovpaka partisan connections and Alexander Saburova autumn 1942 went to the Right Bank, causing intense strikes on the enemy tylah.

Spring of 1943 he went the same route groups Alexei Fedorov.

Simultaneously raid deep central regions of Ukraine made a team of Mikhail Naumov. The result of these raids was that the occupation authorities lost control of large territories in Polesie, which became a solid partisan edge. One of the main objectives of the partisans was the violation of enemy communications. Since August 1943 the partisans were the so-called "rail war", preventing the resupply vehicles and ammunition to the front. This, to some extent, helped the Red Army defeat at Kursk and Kyiv.

Natural Conditions of Southern Ukraine, with a predominance of open space has not helped in the successful guerrilla actions. Therefore, in these areas resistance movement centered on Human Settlements. Network of secret groups covered almost all the major cities of Ukraine. Among them were those who acted alone and those managed by the centers.

In early 1942, intensified its activities and the Organization of Ukrainian Nationalists. There is hope that Germany and the Soviet Union znekrovlyat one another, and Ukraine will be a chance for independent existence. During 1942 the OUN created its own guerrilla army, and she joined forces Bandera, Melnykites and soldiers of the former "Polish Sich. It was called the militias Ukrainian Insurgent Army (UPA). The date of its creation see October 14, 1942 became the first commander of the UPA Dmitry Klyachkivskyy (Klim Savur) and the fall of 1943 led UPA Shukhevych (Taras Chuprynka).

sooner moved to the west line of German-Soviet front, the guerrilla warfare became splintered. However, the feud between Ukrainian, Polish and Soviet partisans (as they all fought for different values), was not in favor of the Resistance movement as a whole.

Deployment of the resistance movement in Ukraine 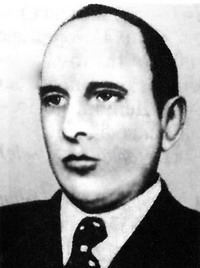 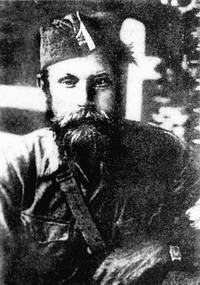 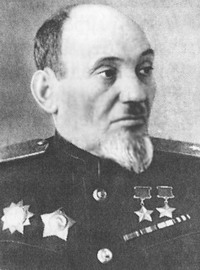 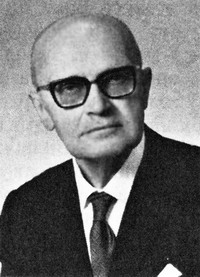 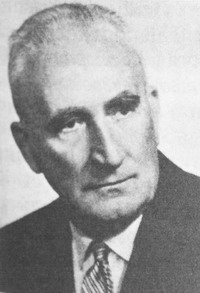 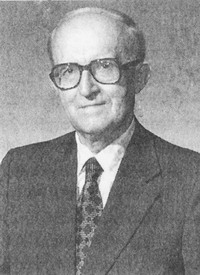 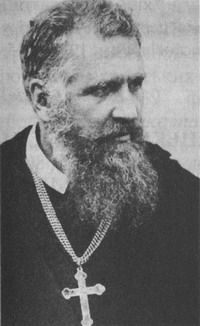 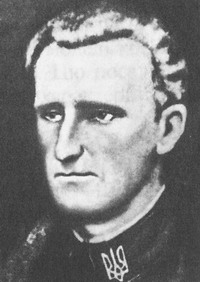 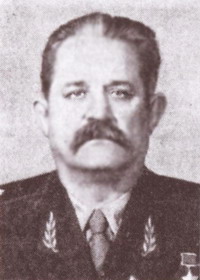 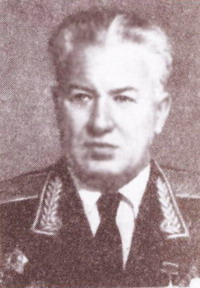 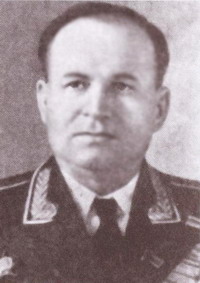 S. cap and S. Rudnev among partisans in the Bryansk Forest. Polesie. 1942

D. Korotchenko speaking at a meeting of officers of Zhytomyr connection guerrilla groups under the command of S. Malikov. 1943

Rebels under the command of Rivne connection V. Begmy v'yizdzhayut the village. 1943

Kovpakivtsi on the move. Carpathians. 1943